According To Twitter, Mario Has Been Murdered — May He Rest In Peace 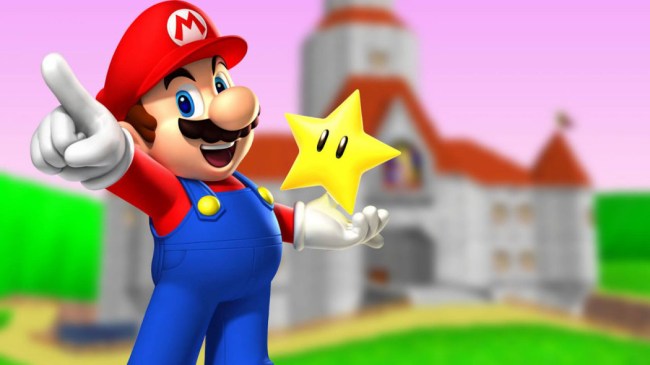 To be honest, I’m actually surprised cancel culture hasn’t come after Mario for being offensive to Italians and whatnot. Between his mustache and his voice and his height, he’s not exactly the most flattering portrayal of those who hail from the Motherland. As an Italian-American, though, I can firmly say that Mario and his brother Luigi are my BOYS. Long may their plumbing reign continue. At least I hope so, because according to Twitter, my man Mario has been fucking murdered by Nintendo.

You see, back in September, Nintendo re-launched their classic games “Super Mario 3D All-Stars,” “Super Mario Bros. 35” for its Switch console in celebration of the franchise’s 35th anniversary. However, that sale was only set to run through March 31, which was yesterday. And starting yesterday, those games will no longer be available to purchase digitally or physically, leaving the internet wondering if the legendary video game company is on the verge of killing off perhaps their most famous character: Mario.

“As previously announced, the physical version of the Super Mario 3D All-Stars game will not be shipped to retailers beyond the Super Mario Bros. 35th anniversary period, ending March 31, 2021,” Nintendo of America said in a statement Wednesday. “Units shipped during the anniversary period will remain available for purchase at various retailers, while supplies last. In-store availability should be confirmed with each retailer.” [via CNN Business]

I can already feel the pain 🚶🏻‍♀️

something wrong
I hold my head
Mario gone
a plumber dead 😔😥😭#MARIOISDEAD pic.twitter.com/B7CLyHHYRb

I know mario is supposed to be dead of whatever but @Miko06Smash came up with the idea of giving mario a gueetar and I just couldn't help myself 😎#b3d pic.twitter.com/zQ5IAm33gQ

Today is the day that Peach kills Mario.#Mario35 #Nintendo pic.twitter.com/7jCj6PpjlQ

you know what? mario is pretty fucking cringe, actually. it's kirby time pic.twitter.com/N83ZIdoDSg

#MARIOISDEAD
they really killed my man, Mario like that? Damn, RIP bro 😔 pic.twitter.com/OnQg18Sd9A

If Nintendo wanted to murder, let’s say, Wario — by all means, go ahead. We’ve been rooting for that portly bastard to bite the dust for three decades now. But Mario? The incomparable Mario? That’s just going too far. People always said “It’s-a-me, Mario!”, but never asked “How-are-ye, Mario?”. Maybe this is our fault after all.