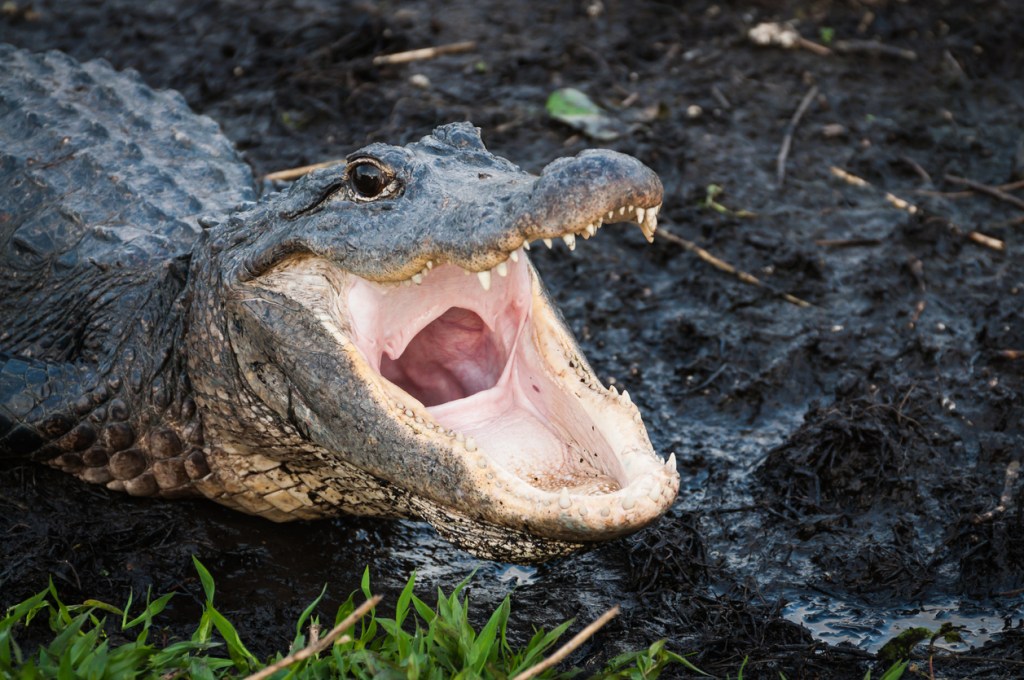 There has been a lot of Alligator News going viral in recent weeks and each incident has taken place in Florida. In this latest viral video, a young kid was reeling in a fish with his dad cheering him on when an alligator suddenly appeared to eat the fish and steal the rod.

This alligator encounter was filmed in Palm Coast, Florida (about halfway between Daytona Beach and St. Augustine). As a native Floridian, close encounters with alligators don’t really spook me at all. I once found one in my H.S. bathroom. But as a father of a 2.5-year-old little dude, seeing this alligator pop up so close to the kid has me feeling a little disturbed.

It was mentioned above that there have been some other high-profile alligator incidents recently. Last week we saw this video of a massive alligator eating another large alligator. Also last week was the viral video of a Florida Man catching an alligator with a trash can. Now, we’ve got this clip below.

7-year-old Dawson was doing an excellent job reeling in the fish. His dad was very encouraging. But nobody saw the alligator in the area until it popped up out of nowhere and snatched the fish. Check it out:

I have a lot of respect for the dad keeping his cool there. My first reaction would’ve been to unload a stream of profane words.

That’s not exactly a ‘big’ alligator in the grand scheme of things but it is still larger than that kid. The gator had no problems at all stealing the bass and taking the rod with it on its way out.

If you haven’t seen the viral clip of the alligator eating another gator yet, you need to check that one out. This needs to be seen to be believed.

I tend to think of Spring as the most active season for alligators in Florida. But all of these surprise alligator clips are going viral in the past few weeks and it has me wondering if Fall is right up there with Spring in terms of gator activity.