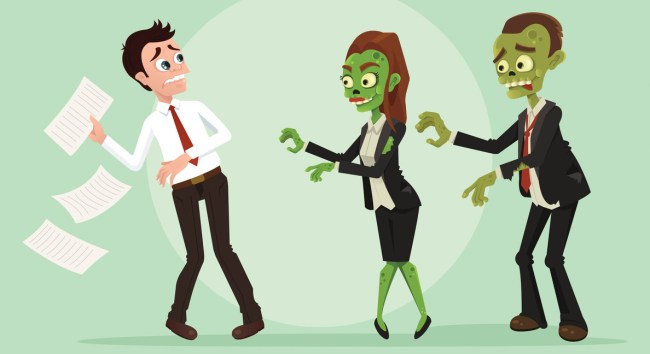 Here’s a fun fact for you! In a new survey of 1,750 working American adults, over 60 percent say they have had a nightmare about their job, waking up feeling stressed and worried. I know. Hard to believe, right? Yeah, no.

And if you think that it’s no big deal to be having nightmares about work, WebMD says people who have regular nightmares are five times more likely to have mental health issues. So, that’s not cool.

• Nearly two-fifths of Americans say an overwhelming or unreasonable workload is their biggest source of stress at work.

• About one-fifth said a lack of work-life balance is the biggest source of stress related to their job.

• The most common work-related nightmare was having sex with a coworker (60% of respondents).

• 9% of workers have had a dream about being lost in their office.

• 19% of those surveyed said they’ve had a dream about being naked at work.

• 21% are worried about getting fired.

• Almost half said they’ve had nightmares about being late for work.

Check out more findings in the graphics below and learn even more about the survey over at SleepZoo.com. 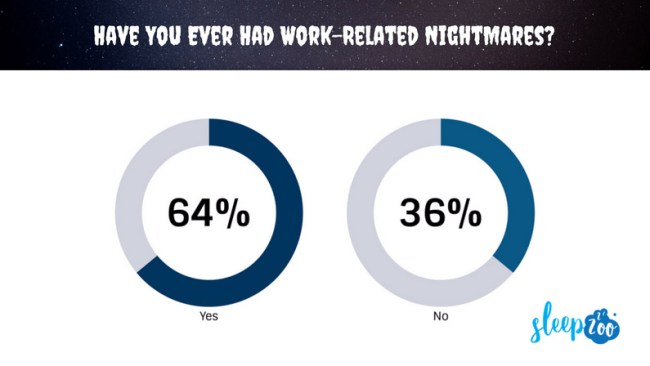 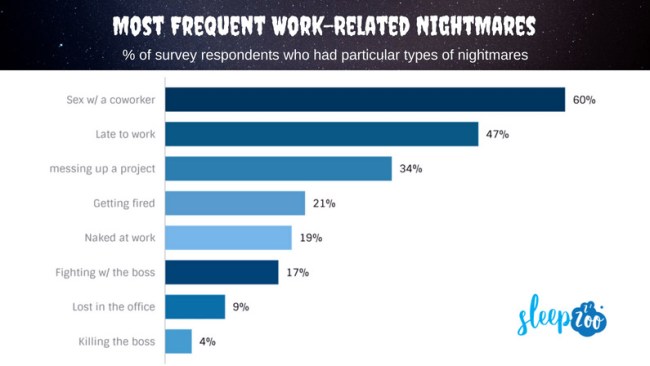 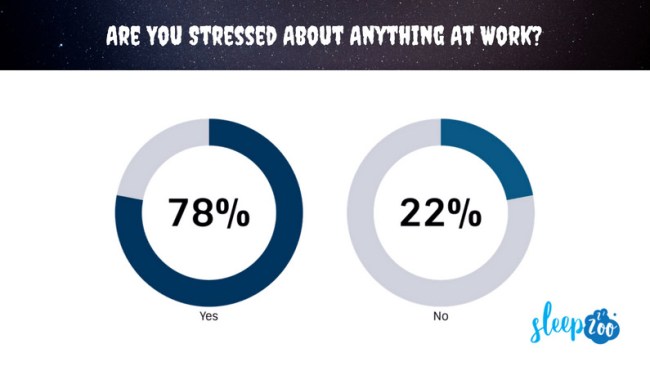 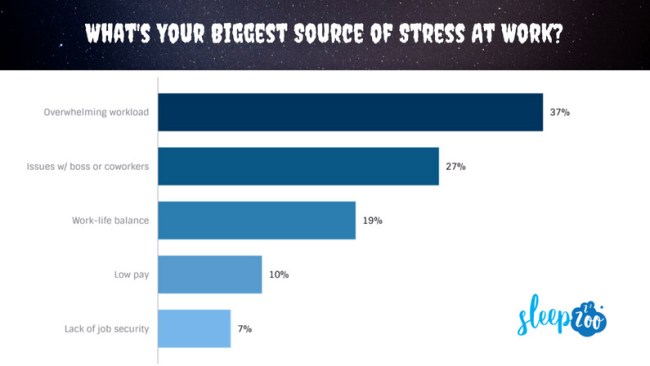