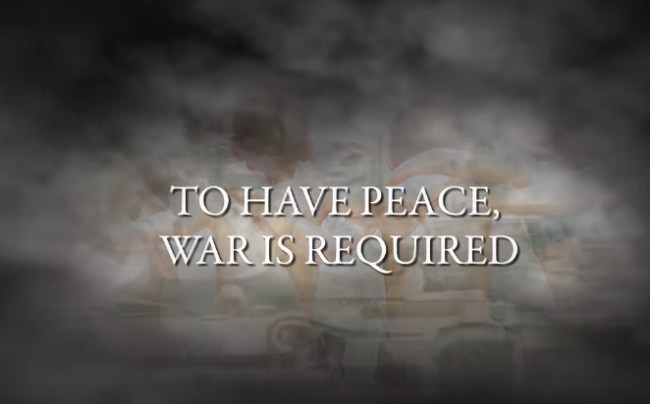 This feels like one of those videos that a lot of people knew about but one that they always kept tucked away in their back pocket for the times when someone asked what their favorite, not-super-popular YouTube video is. The video’s is only from 2013, it wasn’t that long ago.

What is it exactly? It’s a recently unearthed commercial for Montegrappa Chaos Watch and Pens and it stars the one and only Sylvester Stallone going harder in a commercial for pens than anyone could ever imagined.

This is very similar those over-the-top European cologne or perfume commercials starring someone like Brad Pitt or Johnny Depp that has them reading a weird ass poem on camera and never actually shows the product they’re selling but instead tries to sell you shirtless models, only this is PENS WE’RE TALKING ABOUT HERE. Pens.

Unearthed on Twitter and shared by UPROXX, this Montegrappa Chaos Watch and Pens commercial starring Sylvester Stallone has taken the Internet by storm. Nobody was ready for this heat.

The entire thing starts out with Rocky Balboa narrating ‘To have light there must first be darkness. Death does not exist without life. To have peace war is required.’ which immediately sets the tone for the most batshit crazy pen commercial ever produced and from there it only gets better. I don’t want to give away too much so let’s just watch it together, shall we? I actually can’t stop watching it.

Seriously, how has this slipped past the world for the past 5 years only to go viral now? It’s got swirling fire, skeletons, calls to war. This pen commercial has everything, I mean, it’s got Rocky freakin’ Balboa narrating a giant black snake slithering out of the ocean.

I don’t need a pen. I’ve got plenty of pens around the house and office. But I’ll be damned if I don’t want one of these Montegrappa pens right now. Brian Grubb succinctly describes the origin story of these pens in a way that’d make anyone alive want one without ever even seeing the commercial: “Sylvester Stallone Chaos pens had an ORIGIN STORY and that origin story was that a magical skeleton gave birth to a shoulder column and a snake wrapped around it and it caught a flying skull sword and got drowned in golden lava and that’s how IT BECAME A PEN.”

Then, you see this glorious commercial sand there’s no possible way you can deny yourself the primal urge to purchase a Montegrappa pen. Now I just need to figure out where the hell they even sell Montegrappa pens and my life will be complete.