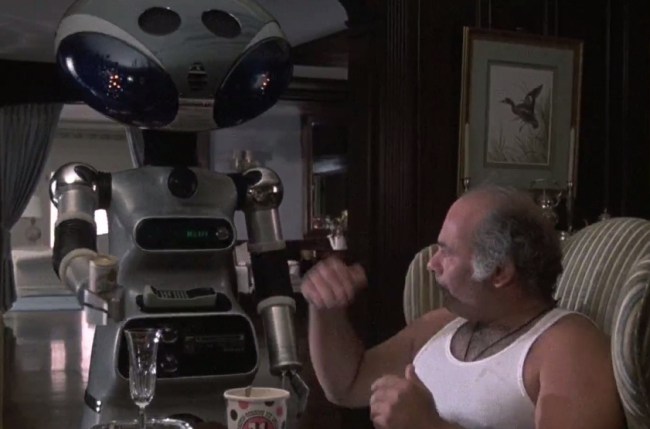 Unlike some people, I don’t wake up in the morning intent on digging up dirt from a celebrity’s past that I can use in an attempt to get them canceled, but if I was, I wouldn’t have needed to exert too much effort to unearth some old clips from The Man Show featuring Jimmy Kimmel showcasing a brand of comedy that hasn’t exactly aged well—like the sketch where he appeared in blackface that recently resurfaced almost two decades after he left the program to helm the talk show that would end up making him one of the biggest names in late-night.

Of course, Kimmel isn’t the only big name in television to be scrutinized for harnessing that particular kind of makeup in pursuit of a laugh, and while Netflix may have missed the point when it removed an episode of It’s Always Sunny in Philadelphia that featured Mac going a bit too far in his attempt to impersonate Danny Glover’s character in the Lethal Weapon franchise, the creative minds behind 30 Rock and Scrubs both issued apologies after voluntarily pulling a few installments from streaming platforms thanks to an artistic choice they admitted they regretted making in hindsight.

These decisions sparked a dialogue concerning the best approach to take when a piece of entertainment contains elements that are eventually deemed “problematic,” with some people arguing you’re not achieving much by attempting to act like it never happened and suggesting it’s better to take the approach HBO did when it took down Gone With the Wind to record a prelude to provide viewers with some historical context to address the film’s failure to address the role slavery played in its romanticized depiction of the Antebellum South.

Now, it appears another beloved piece of cinema may befall a similar fate—only this retroactive alteration has nothing to do with racism, as Sylvester Stallone recently revealed a director’s cut of Rocky IV is in the works and implied he may get rid of one of the film’s most iconic characters: Paulie’s robot.

If you’re somehow unfamiliar with the fourth installment of the Rocky franchise, the title character gifts his longtime cornerman a robot for his birthday in an attempt to fill the friendless void in his life only to see Paulie eventually fall in love with it.

Stallone may have fallen out of love with the robot but stripping it from the upcoming recut would be an incredibly misguided move when you consider the primary reason Rocky IV is still relevant 35 years after its release is because it epitomizes the over-the-top cheesiness of the era of filmmaking that birthed it. If you take out the robot, you might as well just get rid of the entire montage that features its protagonist chopping down a tree and climbing a mountain as he gears up for a fight with his comically evil Russian opponent.

While this is only somewhat related, I can’t discuss the robot without bringing up the fact that it wasn’t made specifically for the movie but actually rented from a nightclub owned by none other than Bar Rescue‘s Jon Taffer, who was moved to tears the first time he saw it in action.

Fun Hollywood Fact: this robot was leased from a nightclub @jontaffer opened near Philadelphia in the 1980s, which is one of my favorite pieces of movie trivia in existence https://t.co/J5x8qzWNYx pic.twitter.com/GFLL2D1foC

Again, I get where Stallone is coming from, but it’s not like the robot is the one thing preventing Rocky IV from getting added to the Criterion Collection. Here’s to hoping he makes the right call when everything is said and done.