HBO Max Pulls ‘Gone with the Wind’, Will Re-Upload It With ‘Historical Context And Denouncement’ Of Its Depictions 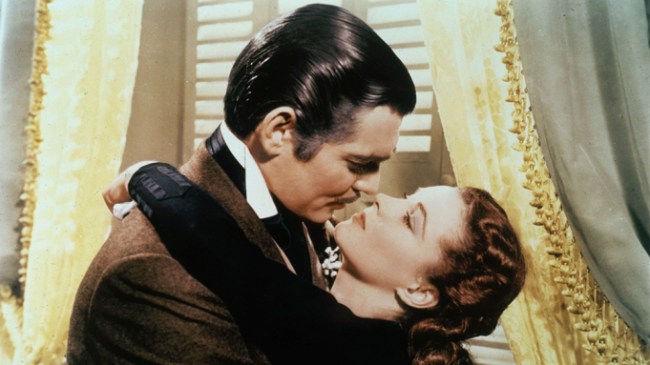 Never seen Gone with the Wind. I’m a movie guy but I’m not a film snob — the oldest movie I’ve ever willingly seen — not counting, like, The Wizard of Oz — is Star Wars and that’s about as far back in history as I need to go. I can barely get through Ang Lee’s Hulk (a movie about a giant green rage monster) without falling asleep, so anything made before the year 1960 would probably have me snoring before the start of the second act.

Anyway, that’s my two cents on an 80-year-old movie that I’ve never seen before. Here’s HBO’s statement on why the film is being pulled from HBO Max:

“Gone with the Wind is a product of its time and depicts some of the ethnic and racial prejudices that have, unfortunately, been commonplace in American society. These racist depictions were wrong then and are wrong today, and we felt that to keep this title up without an explanation and a denouncement of those depictions would be irresponsible. These depictions are certainly counter to WarnerMedia’s values, so when we return the film to HBO Max, it will return with a discussion of its historical context and a denouncement of those very depictions, but will be presented as it was originally created, because to do otherwise would be the same as claiming these prejudices never existed. If we are to create a more just, equitable and inclusive future, we must first acknowledge and understand our history.” [HBO via The Hollywood Reporter]

Naturally, the internet overreacted because, as always, most people just read the headline instead of the fine print: the key here is that HBO Max will be re-uploading the film entirely unedited, but it will include ” a discussion of its historical context and a denouncement of those very depictions.” Seems perfectly reasonable to me.