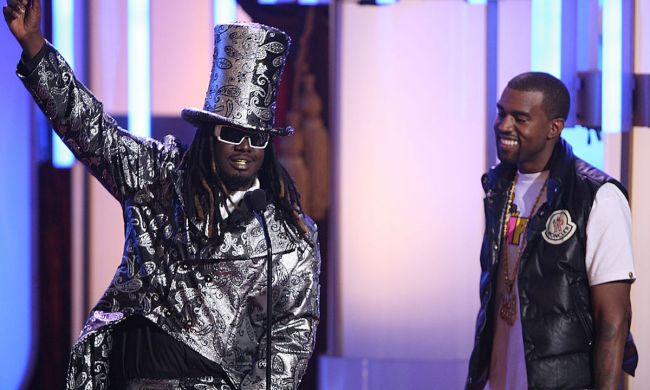 Few things make me feel as old as Kanye West. Why? Because I’ve been around for the entire arc of his career. I remember when he came up in the early 2000s as Jay-Z’s producer and the dude who rapped with his jaw wired shut, rockin’ pink polos and popping up alongside Common on Chappelle’s Show. That Kanye, the one that existed from College Dropout to My Beautiful Dark Twisted Fantasy, was the best Kanye.

It should perhaps come as no surprise, then, that as Kanye the person has become more unbearable, his music has become more unlistenable. Yeah, I checked out Donda, and while it’s a certain improvement over the absolutely garbage Jesus Is King and Ye, the overstuffed 27-track mess barely holds a candle to some of Kanye’s early work. As Kanye himself once said, I miss the old Kanye, because this version, not only don’t I understand him as an artist but generally loathe him as a human being. This is all to say that T-Pain’s story about Kanye calling one of his lyrics corny only to then steal it for himself is a microcosm of Mr. West’s career these days: slimy personality and subpar art.

According to T-Pain himself, Kanye’s line ‘Too many Urkels on your team, that’s why your wins low,’ on “Dark Fantasy” was actually stolen, and not only that, but Kanye did so after specifically telling T-Pain how corny he thought the bar was.

“Kanye stole one of my corny lines. I couldn’t believe it. Kanye stole one of my corny lines after he told me it was corny. I don’t think he said it better. I don’t think anything happened that his was better than mine.” He added, “It was either Prevolver — it was one of the Pre mixtapes before I released it. And on one of the songs I said, ‘I got beef like two burgers, you n****s win slow and I’m smarter than Steve Urkel.’ Now, keep in mind the Winslow family, right. Corny as f**k. I knew it was corny when I said it,” T-Pain said during a recent live stream.

“Kanye confirmed it. He was like, ‘Don’t ever say anything like that.’ Then after that, one of his bars was, ‘Too many Urkels on your team, that’s why your wins low.’ I was like, ‘Did this n**** try to get me to not say my sh*t so he could say it?’ … I was like, ‘Bro, that’s my bar.’ He looked at me and he was literally bobbing his head, grabbing his chin, and when I said that line he looked at me and said, ‘Don’t say that.’”

Sounds like Kanye to me. The sooner we put him in our pop-cultural rearview mirror, the better.