Tasty Tune Tuesday 1/12: The Eighth Edition Is A Cross-Genre Assortment That Flow Together 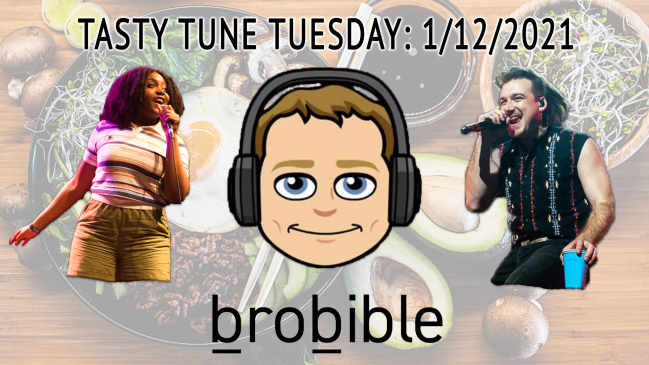 After break last week, we’re back with another edition of Tasty Tune Tuesday to kick off this year’s playlists! On the third day of every week, I’ll drop ten songs that tickle my eardrums. Variety of tracks will range from hip hop/rap, EDM, country, singer/songwriter, Americana, R&B and everything in between— something for everyone depending on what I’m jamming that week.

There isn’t a collective theme to this set of selections, but it brings in a good assortment that all coincide with one another. Here’s the tracklist:

Bas is signed to J. Cole’s Dreamville Records and is severely under-appreciated. He joins forces with the Hics on this track to tackle an electronic soundscape that showcases his strong lyricism with the verses and his melodious tone on the chorus.

We’ve all got problems. Sometimes it’s easier to just dance them out.

Track No. 3: Colors – The Knocks, Fluencee

Staying in the same sphere of genre, there isn’t much to this one. The synth is really soothing and it’s nice to just let your brain breathe every once in awhile.

Track No. 4: Where Rainbows Never Die – The Steeldrivers

If you haven’t been introduced to the Steeldrives, welcome. If you have, welcome back. The Nashville-based bluegrass group bring that traditional sound without going too deep into the extremes of the genre. They carry a fiddle, bass, guitar, mandolin and banjo, as any good band should, but it’s not the old-timey music that you’re picturing. Imagine the Drive-By Truckers, but make it bluegrass— if you will. The Steeldrivers have changed lead singers a few times, and some are better than others, but this track and album features Chris Stapleton before he went solo and blew up. How can’t you love it?

Erick the Architect is a musical polymath and the primary producer of the Flatbush Zombies. His first solo track dropped before the new year and his debut album comes out on Jan. 22. He teams up with Loyle Carner and FARR on this one. It’s another situation where a British flow gets into the mix and I like it. Flatbush can do no wrong, and neither can Erick the Architect. I’m looking forward to the full release.

Noname is my favorite female artist in the rap/hip hop/R&B side of the business and it’s not even close. She first gained attention on Chance the Rapper’s Acid Rap mixtape and has made a point to stick to what she knows and refuses to stray away from being an independent artist. The soft-spoken, quick-witted Chicago rapper was a poet first and her cadence and lyrics represent that notion. This is my favorite song of hers and I’ve been on it heavy again of late.

Smokey, soulful jazz. Yazmin Lacey has a lovely voice and she lets it take centerstage next to a simple drum track, light piano and a lovely horn.

Look at the lineup on this track. Rod Wave leads the way with his smooth tone while the other two hop in on the same flow with their own unique sounds.

This dude has had himself an unbelievable 24 months. From rising to the top of the charts, to hosting SNL, to having a child, Wallen is quickly becoming a superstar. His music isn’t considered “under the radar” anymore, but he stayed mostly true to his sound on the album he released last week and is one of the better country artists in awhile. 865 is probably my favorite right now, which might be mainstream, but it will surely evolve with more listens.

Wallen released a double album, so it deserves two songs. Chris Stapleton just so happens to grace this list with his presence once more.