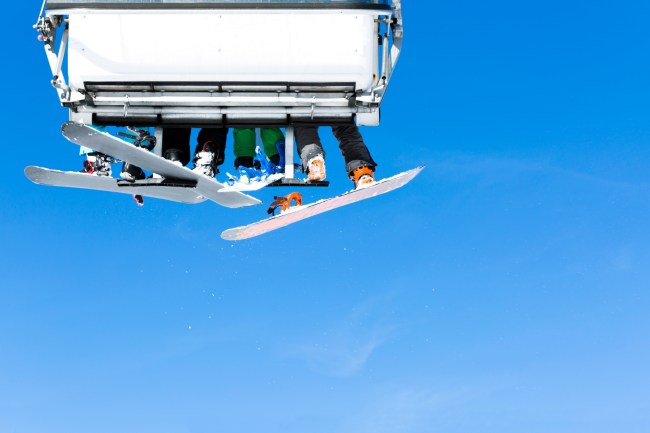 If you’re the kind of person who yells at a cloud daily about the younger generation being the downfall of humanity, I invite you to watch this video of a group of “youths” coming to the aid of an 8-year-old boy in a precarious situation.

The boy slipped off the chairlift at Grouse Mountain in Vancouver and was dangling several feet from the ground, being held there by his father.

Fourteen-year-old James MacDonald witnessed the scenario while skiing and snowboarding with his friends, who one would also consider youths, and sprung into action.

“He was starting to flail about and get extremely panicked,” MacDonald told CNN.

MacDonald asked a man nearby to rip off some orange netting used to indicate the out-of-bounds area on a mountain. Twelve-year-old Josh Ravensbergen said he and the man ripped some padding off a pole and put it on top of the outstretched netting to provide a cushion. Another teenager, Gabriel Neilson, acted as the boy’s emergency therapist, trying to keep him calm enough to let go and trust their makeshift rescue device.

After the teenagers instructed the boy to take his skis off, his father dropped him to safety. The boy was taken to a nearby hospital for precautionary measures, but was reported o have no injuries.

Julia Grant, a spokesperson for Grouse Mountain, said that Michael Cameron, the president of Grouse Mountain, met with the rescuers to personally thank them for their good deed and offered them all free season passes.

“Grouse Mountain is incredibly appreciative of those who assisted in Wednesday’s chairlift incident,” the statement said. “Their quick thinking and immediate actions are commendable.”

Are the youths becoming an asset to society or are Canadians all just so fucking nice?