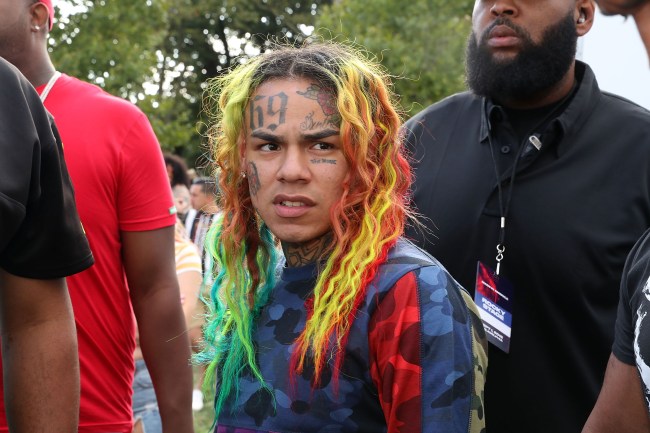 This may sound like a statement from an alternate universe but Tekashi 6ix9ine is capable of being vulnerable.

Just one week after the 24-year-old rapper equated himself with the most influential rapper of all-time, Tekashi demonstrated what resembled a soul in a his recent sit-down with Fox 5 New York reporter Lisa Evers.

News to no one, Tekashi spent two years at Queens Detention Facility before a court decided to allow the rapper to be released from prison four months early amidst the coronavirus outbreak. For those scoring at home, Tekashi went from facing 47 years in the clink, to a sentence of two years, to serving even less time.

Despite turning to the state and getting a relative slap on the wrist with a two year sentence, Tekashi revealed that his time locked away was so stressful, he contemplated taking his own life.

“The pressure is so strong,” the 24-year-old rapper said. “Mentally, I think people would have attempted suicide. At a point in jail, I thought about it. It’s so much stress, so much pressure, because you’re seeing yourself on the news every day — this, that and a third, when is this going to come to an end?”

Tekashi, who employs an army of former law enforcement officers to reduce the target on his back, claims his mental state is zen.

“God has built me so strong,” he said. “You know that saying, ‘What doesn’t kill you only makes you stronger’? So basically I feel like I’m not invincible but I feel like I’m at the peak of my mental state, where I’m just like, ‘I’ll be fine.’”

[Related: Your Offical Tekashi 6ix9ine Album Review From The Whitest Guy You Know]