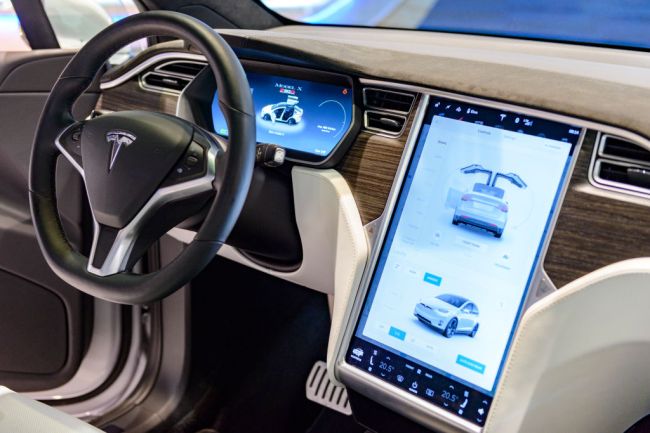 Apparently, the Tesla detection system is so good that it can warn drivers to avoid hitting ghosts. A TikTok video went viral of a Tesla detecting people in a graveyard while the cemetery was apparently empty. Some are claiming that the Tesla vehicle was detecting ghosts, whole others claimed it was a technical glitch.

A man drove slowly through a vacant graveyard and recorded it for TikTok. While driving, the car’s Pedestrian Warning System alerts the driver that there is a pedestrian nearby. However, as the camera pans off the Tesla screen and to the surroundings. The video shows that nobody is around. There are only gravestones in the cemetery.

The footage of alleged “ghosts” at the empty cemetery went viral. TikTok user @iam3dgar – whose real name is Edgar Osornia – included creepy music with the footage and captioned the video: “All the spirits came out today.”

This isn’t the first time that a TikTok video has shown “ghosts” detected by a Tesla at a graveyard. In 2021, TikTok user Yailin Murillo shared a video of her uncle’s Tesla detecting people at a cemetery, but there were no humans outside. The video from TikTok user yailinmurillo even showed a “ghost” dog that was not there.

Many online commenters argued that Tesla vehicles can detect ghosts. However, there are a few theories as to what is going on in these viral videos.

There could be a Tesla glitch, which is causing the car’s collision avoidance system to malfunction and detect people that aren’t really there. Tesla’s Autopilot system utilizes eight surround cameras and 12 ultrasonic sensors for “detection of both hard and soft objects.” The system has 360 degrees of visibility around the car at up to 250 meters of range.

The Tesla Model 3 gives drivers a Forward Collision Warning – which provides “visual and audible warnings in situations when detects that there is a high risk of a frontal collision.”

“Forward Collision Warning—provides visual and audible warnings in situations when Model 3 detects that there is a high risk of a frontal collision,” according to the Tesla website. “The camera(s) and sensors associated with Forward Collision Warning are designed to monitor an approximate area of up to 525 feet (160 meters) in your driving path.”

Another hypothesis is that the Tesla Pedestrian Warning System sees the gravestones and memorial flowers as people.

The most intriguing theory is that Elon Musk’s vehicle can see dead people.