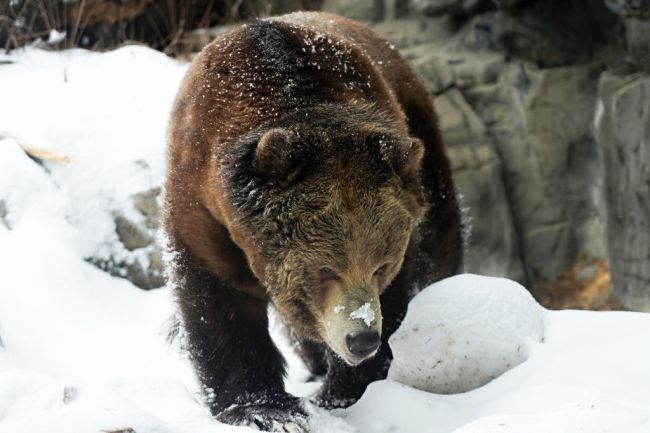 For those who complain that all Hollywood makes are superhero films and sequels, this one goes out to you: Pitch Perfect 3 and Charlie’s Angels director Elizabeth Banks has been tapped to direct Cocaine Bear, the very true story of a 1985 bear that died of an overdose after ingesting over 70 pounds of cocaine. Now, how did a bear in the mild of the Kentucky wilderness get access to such a large supply of that infamous booger sugar? Because an idiot drug smuggler dropped it out of a plane, that’s how. Frankly, I’m just surprised it’s taken so long for this story to be turned into a feature film.

The true story, as reported in 1985 by The New York Times, was that a 175-pound black bear consumed the contents of a duffle bag filled with more than 70 pounds of cocaine that was dropped from an airplane by a local drug smuggler, Andrew Thornton. The bear was later found dead of an apparent drug overdose.

The exact plot details for the film, which is eyeing a summer shoot date, are being kept under wraps. [via The Hollywood Reporter]

Cocaine Bear will be produced by Phil Lord and Chris Miller, the minds behind hilarious-comedies-that-came-out-of-nowhere such as 21 Jump Street (and its sequel) and The Lego Movie, as part of their exclusive deal with Universal.

What’s strange, though, is that despite the talent involved at the top — notably, the comedic leaning director Elizabeth Banks and producers Lord and Miller — Deadline, who first reported on the film, described it as a “character-driven thriller.”

The casting here obviously becomes key. If Universal is able to get an A-Lister in the starring role, this has a chance to become a genuinely interesting project, as the combination of unique source material and top-end talent could combine for a unique cocktail of entertainment.