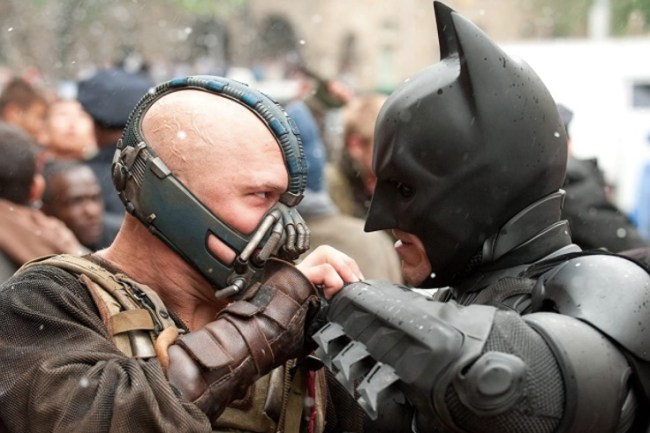 When it comes to superhero movies these days, whether they be Marvel Cinematic Universe films or otherwise, many of these movies that we’ve grown to love can admittedly start to feel sort of repetitive (especially with the whole “giant hole in the sky” 3rd act climax we always seem to get).

That’s certainly not the case when it comes to The Dark Knight Rises, as it was recently revealed that the already heady and heavy sequel to The Dark Knight was actually originally going to be even darker, as director Christopher Nolan ultimately cut a death scene that was so violent it would’ve made the movie rated NC-17.

Okay, so, you remember the police officer who Jim Gordon visits towards the end, begging him to come help the rest of the underground police officers and free Gotham? And then that cop, standing in his doorway with his wife, asks Gordon if he expects him to walk down Main Street is his dress blues? Well, that character — Peter Foley — did eventually walk through the middle of the city and into battle, ultimately perishing in the crossfire. But according to the actor who played him, Matthew Modine, his character’s death was originally much, much more violent.

“All it does is, it just cuts, and I’m on the ground, dead. But it was so violent,” Modine added. “The guy that was doubling me got hit by the car. They put a plexiglass thing on the front of [the car] and he got hit. They had ropes to pull him into the air, but he went up and they dropped him from about 15 feet, and the sound of his body hitting the cobblestone street in front of the New York Stock Exchange, it was sickening.”

Modine continued, “I remember I looked at Christopher Nolan when we shot it and his face was white. He was like, ‘Ok, let’s move on. We got that.’ But it was like, ‘Oh my God, is that guy going to get up? Is he okay?’ But [Nolan] said that if he would have put it in the movie, it would’ve got an NC-17 rating because it was so violent.” [via CinemaBlend]

While The Dark Knight Rises was ultimately the weakest of the three Nolan-Batman films, it’s still far better than the standard superhero fare, and that’s largely due to Nolan’s uncompromising, revolutionary vision. Luckily, though, when it came to this particular scene, he reeled his vision in jusssttttt a little bit.