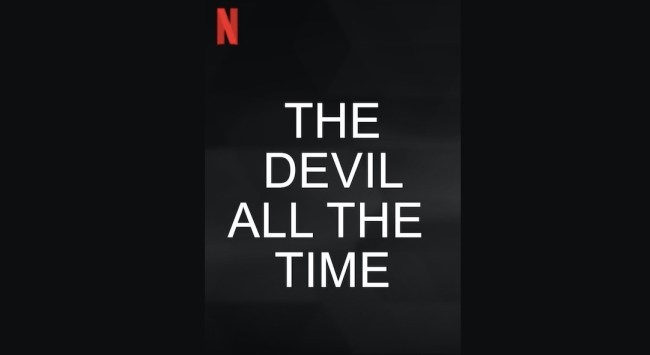 I’m not sure if you’ve heard, but those folks over at Netflix mean absolute BUSINESS these days when it comes to their movie department.

Just look at their past year or so: The Irishman became their second-ever film to be nominated for Best Picture (alongside Roma), while the 110 MPH, balls-to-the-wall Chris Hemsworth-starring action-thriller Extraction became their biggest-ever movie earlier this year. Not to mention, had it not been for our current global situation, their next big-ticket item — Red Notice starring The Rock, Ryan Reynolds, and Gal Gadot — would probably be in post-production by now. Oh, and they’ve also recently inked The Russo Brothers, Chris Evans, and Ryan Gosling to launch a $200M spy-franchise. There’s also, obviously, a bevy of other projects in the works, from blockbusters to award season bait. So, yeah, in my humble opinion, that counts as not screwin’ around anymore.

The Netflix-inspired excitement for movie fans doesn’t end there, as Entertainment Weekly just dropped the first look at the Tom Holland and Robert Pattinson-starring thriller epic The Devil All The Time, which is set to drop on September 16.

First-look at @Netflix’s thriller-epic THE DEVIL ALL THE TIME.

“Set between the end of WWII and the start of America’s involvement in Vietnam, a motley group of characters’ lives all intersect.”

Netflix drama The Devil All the Time is the new movie from filmmaker Antonio Campos (Simon Killer, 2016’s Christine) and is based on novelist Donald Ray Pollock’s 2011 family saga of the same name.

If Campos is a little secretive about the nature of the film’s plot there is no hiding the star-studded nature of the cast, which includes Bill Skarsgård, Riley Keough, Jason Clarke, Sebastian Stan, Haley Bennett, Mia Wasikowska, Eliza Scanlen, Robert Pattinson, and Tom Holland, who plays the movie’s central, and troubled, character, Arvin Russell. [via Entertainment Weekly]

Described as a psychological thriller, The Devil All the Time also has elements of an epic, as it takes place across two decades.

“It’s a multi-strand narrative set between the end of World War II and the beginning of America’s involvement in Vietnam in which a motley group of characters’ lives all intersect,” the director told EW.
In a time where we haven’t seen a new movie in theaters since MARCH, major home releases like The Devil All The Time are more welcome than ever. I can’t wait.