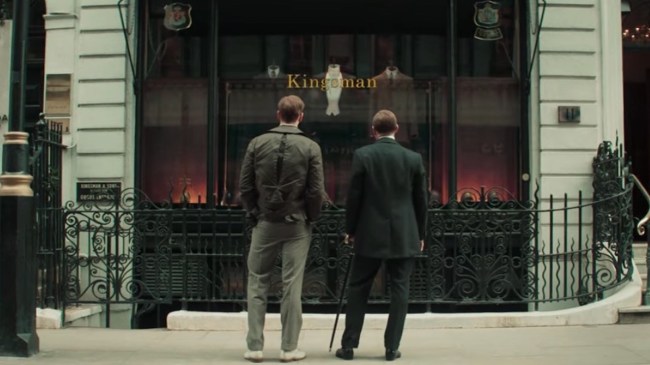 Back when Kingsman: The Secret Service came out in 2014, I remember wondering to myself who the hell would go see this movie?

Sure, Matthew Vaughn is a supremely talented director and both Kick-Ass and X-Men: First Class are fantastic action flicks, but did he really have the cache to draw people to the theaters to see a Colin Firth-starring James Bond spoof that featured a relatively-unknown actor (Taron Egerton) as its star?

Well, the answer was ultimately a resounding ‘yes’ (and, like most things in life, I was completely wrong), as Kingsman: The Secret Service ended up being one of the funniest, most stylish, inventive, and self-aware blockbusters that we’ve seen in some time.

And while the sequel, Kingsman: A Golden Circle, didn’t necessarily pack the same surprising punch that the first film did — although its American-infused cast was undoubtedly fucking epic — it still kept Kingsman in the conversation as one of the slickest action franchises on the market, thus leading to the production of both a sequel and a prequel.

The prequel, titled The King’s Man, will take the series back in time to the formation of The Kingsman during the early 1900s, giving the series a much-needed refresh of characters and locales.

The King’s Man is set to be released in theaters in the United States on Friday, February 14, 2020. As for the still-untitled third film in the main Kingsman franchise, production is set to begin sometime in late 2019 or early 2020.

And since you’re here, may as well spend a couple minutes making your Monday a little less painful by rewatching the legitimately iconic church brawl scene from the original Kingsman flick, which has since stood the test of time and remains one of the most entertaining fight sequences of the last decade.