‘The Mandalorian’ Ep. 5 Review: Back To Where It All Began 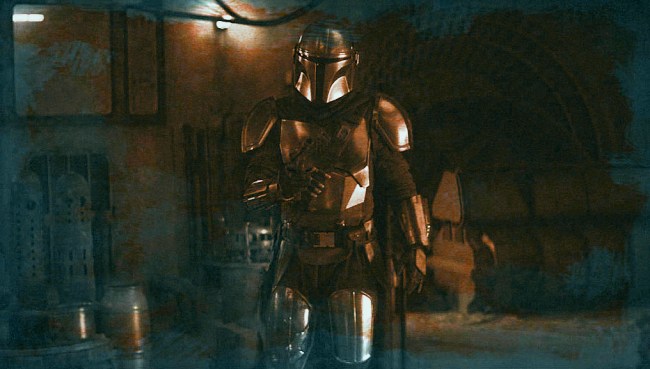 In my episode two review of The Mandalorian, I wrote that there was simply no way the series would be able to sustain the breakneck, high-wire, twist-filled pace of the series’ first two episodes.

Dropping narrative-bombs seemingly a mile-a-minute in its early goings, The Mandalorian has since settled into a more manageable, episodic, “mission of the week” type pace in the last two episodes.

After episode four, “Sanctuary”, saw Mando and Baby Yodes take refuge on the water planet of Sorgan, episode five follows a similar formula as the pair touch down for respite on the legendary Star Wars universe planet of Tatooine (the home of Luke and Anakin Skywalker), which we’re seeing for the first time since the fall of the Empire.

The Mandalorian, in need of repairs to his ship following a brief yet thrilling dog fight, sets out to find work on the famed desert planet, leading him to come across Toro, who is essentially a young, galactic Henry Hill trying to make a name for himself in the space mafia that is The Guild. The guy is a slimeball from jump street and you can smell it on him the second he enters the frame.

this douchebag in the new episode of #TheMandalorian giving off serious "young Henry Hill just trying to make a name for himself in the mafia" vibes pic.twitter.com/C8PXnAv9p0

Nevertheless, The Mandalorian puts his trust in the wannabe bounty hunter and the two embark on a journey to find Fennec Shand, a mercenary who Mando says “made her name killing for all the top crime syndicates, including the Hutt.” In other words, this is not a woman you want to trifle with, especially if you’re a rookie bounty hunter.

Despite his obvious technical and physical prowess, The Mandalorian doesn’t seem to be the shiniest Beskar steel in the armory, as he not only leaves Baby Yoda while it’s sleeping in the ship, but he leaves the obviously shady Toro in charge of keeping an eye on Shand following her capture. Both of these decisions backfire, as Toro learns from Shand that Mando is carrying Baby Yoda, so he instead decides to kill her, steal Baby Yoda, and catch The Mandalorian by surprise.

By the time The Mandalorian figures out what happened and makes his way back to his broken-down ship, Toro already has Baby Yoda in his grasp and the friendly, red-headed mechanic at gunpoint.

Unfortunately for galactic Henry Hill, though, The Mandalorian is simply a class above, as he easily disarms and kills the overly cocky gunslinger before paying the mechanic and getting the hell off of Tatooine.

Just as the episode closes, though, The Mandalorian left us with a teaser for next week, as an unidentified, cap-wearing character can be seen looming over Fennec Shand’s body before the camera cuts to black.

With just three episodes left in the first season, expect this week’s episode to be the final “low key” entry of the season as the walls continue to close in on The Mandalorian.