‘The Mountain’ Hafthor Bjornsson Lost Over 100 Pounds, Reveals New Diet To Get Shredded 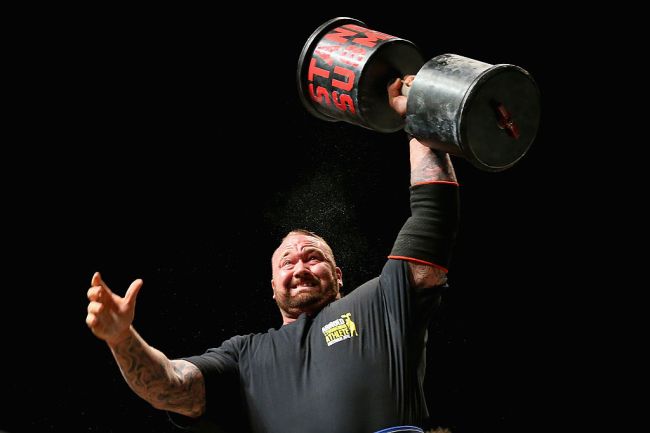 While everyone was putting on weight gains during the lockdown, Hafthor Bjornsson AKA The Mountain from Game of Thrones, was busy getting shredded. Thanks to The Mountain’s diet, he made an incredible body transformation by dropping over 100 pounds.

Bjornsson is much leaner these days than when he famously portrayed Ser Gregor “The Mountain” Clegane in the HBO drama Game of Thrones. The former World’s Strongest Man retired from strongman competitions in 2020, and now doesn’t need to eat like he used to. In 2019, Bjornsson would consume a belly-busting 12,000 calories a day to have enough fuel to deadlift over 1,000 pounds.

The Mountain has different fitness goals now, most notably his venture into boxing. Bjornsson revealed that he lost 110 pounds thanks to The Mountain’s diet, going from 451 pounds to a svelte 341 pounds. The 6-foot-9-inch behemoth from Iceland got leaner, but still has the muscles and strength to crush a human’s skull.

RELATED: Hafthor Bjornsson AKA ‘The Mountain’ Bench Pressed His Wife While Getting A Tattoo

In a new YouTube video, Hafthor Bjornsson’s diet was revealed, which enabled him to get leaner and meaner. The Mountain eats the same extremely lean and regimented meals every single day.

Bjornsson lost the weight to get in fighting shape for a boxing match against fellow strongman Eddie “The Beast” Hall. The Beast, who is a former World’s Strongest Man, also made an incredible body transformation. Hall lost 80 pounds in 2019, which he credits an improved diet and rigorous exercise regimen.

RELATED: Hafthor Bjornsson AKA ‘The Mountain’ Gives You A Tour Of His Power Gym