In Contrast With All The Incredible 9/11 Tributes, Let’s Remember The Impossibly Cheesy Scene About Killing Osama From HBO’s ‘The Newsroom’ 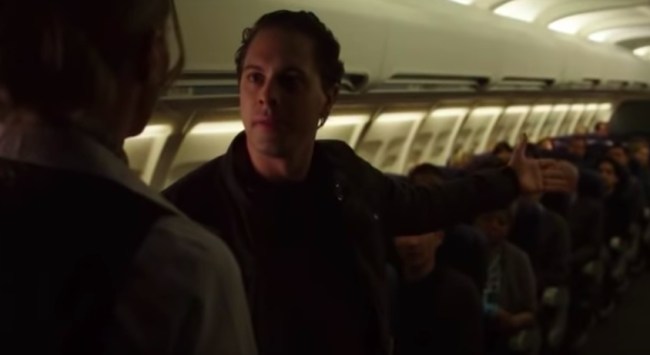 Feed me any and all 9/11 tributes, Man in the Red Bandana videos, remembrances of the victims, exhaustive details of SEAL Team 6 taking out Osama. I want it all.

Except this scene from The Newsroom.

I started watching the Emmy-award winning HBO show in season one, but stopped after I ran out of adderall. I get it Aaron Sorkin, you and your turtle-shelled glasses are smarter than me. I surrender to your admirably sharp wit.

Evidently, I stopped before the seventh episode of season 1, premiering in 2012, because I would have picketed outside the HBO studios if I saw this cringeworthy scene in real time. Was there a writers strike? Or a raffle where a Newsroom fan got to write an episode? That is the only explanation for this.

I'm posting that The Newsroom scene and no one can stop me. Please watch the whole thing. pic.twitter.com/Z5T0hCf5E2

“We reported the news.” *swigs Pepsi* “And it feels as good as an ice cold Pepsi. Available anywhere soft drinks are served.”

Full disclosure: I’ve actually heard The Newsroom was a good show, save for a few of these self-indulgent scenes, but for now, every American can unite in standing up against cinematic crimes of this nature.

<internally monologizes> *this man has corporate stripes on his shoulders. he deserves the truth*

"Your female coworker is CRAZY!"

everyone involved in this should be in Guantanamo Bay

This is the worst thing I’ve ever ever ever seen.

I reported the news.