Ranking The Top Five Halloween Episodes Of ‘The Office’ 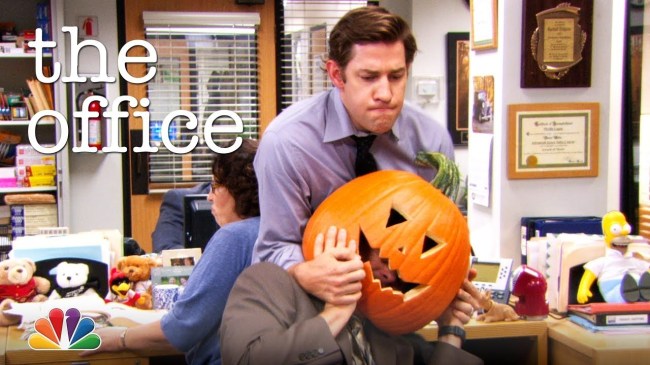 It has been seven years since Dunder Mifflin Scranton last graced out airwaves, but the nine-season NBC sitcom continues to be one of the most popular shows around the world because of its presence on streaming services. Over the course of its almost decade run, Michael, Jim, Dwight, Pam and the rest of the gang got dressed up for six Halloween episodes and the ‘people person’s paper people’ always looked the part when October 31st rolled around.

The party planning committee always made sure that the office was properly decorated and there’s even a book that came out this month called The Office: The Official Party Planning Guide to Planning Parties. Every episode of the show is hilarious in its own right, but as spooky szn reaches full force this weekend, we’re here to help you prioritize the five best Halloween episodes.

This episode is more of an ‘honorable mention’ because if you’re watching it on Netflix, which is probably the case, there isn’t a single ounce of witches, goblins or ghouls. The episode’s cold open aired in 2009 but was cut for streaming. The haunted warehouse scene is laugh out loud funny but probably didn’t stand the test of time because Michael Scott stages his own suicide to scare a group of school children.

As the holiday spirit reaches the workplace, three of the most unique characters on the show dress up in the same costume. Kevin, Dwight and Creed all dress up as the Joker from The Dark Knight and the trio debates who did it best. Meanwhile, Pam is embarrassed when she is the only person wearing a costume in the corporate office and realizes that her outfit may offend some people without a crucial component. And then there’s Michael and Holly who take a long road trip to Nashua with Darryl while Andy and Dwight have a comedic power struggle while the boss is gone.

The Office saw a significant drop off when Michael left the show in later seasons, but Andy in this episode. He insists on pre-approving everyone’s costumes and ends up in a fight with Erin after she is tasked with setting up a party that will blow visiting CEO Robert California and his son away. While Andy tries to impress his boss, Pam and Jim have an ongoing debate over the existence of ghosts and Dwight dresses up as a mythical character from Starcraft, who just so happens to be a female.

Another year without Michael, this episode steps up to the plate. Andy dresses like George Michael and invites an acapella group from Cornell to perform for the office. Pam and Jim get in an argument over an investment that was over-budget and the party planning committee gets testy. The funniest moment of all of the halloween episodes comes when Dwight gets a pumpkin stuck on his head.

Who did it better:

Dwight and Jim or @ClemsonFB? pic.twitter.com/oGnHAKZU8K

The annual Halloween party gets turned up a notch when the costume contest prize is announced as a coupon book valued at $15,000. In typical sitcom fashion, everyone in the office is led to believe that the winner will receive something that is actually worth $15k. As a result, much of the staff heads home for a costume change throughout the day and come back with more creative outfits in efforts to win the prize.

This episode came early on in the show’s tenure and is absolutely one of the funniest (and cringiest) period. Michael is tasked with firing an employee by the end of October and he waits until the very last day to make his decision. That day, of course, is October 31st and everyone is dressed in their costumes and getting ready for the party. Meanwhile, the Jim and Dwight antics are at their finest as Jim posts Dwight’s resume on the internet. When a prospective employer calls, Jim pretends to be the boss and give Dwight a great reference. When the company calls Dwight with hopes of setting up an interview, he argues with the caller over the importance of martial arts on his resume. All the while, Michael has a paper mache head of himself on his shoulder, giving him two heads.