The Rock, Once Again, Sounds Like He’s Genuinely Considering An Eventual Run For President 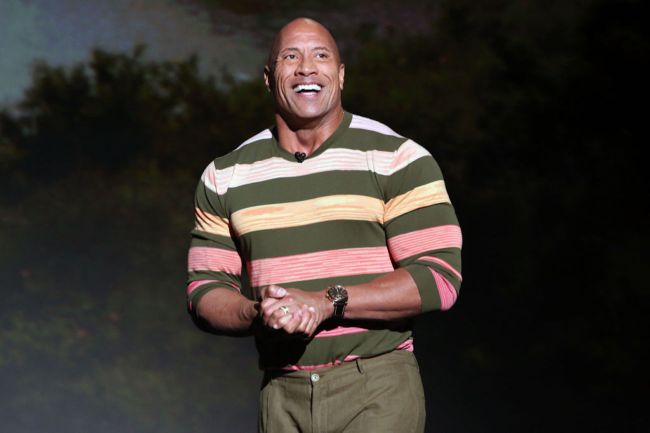 Until The Rock out-and-out denies it, he may be asked about a potential run at the White House until the end of time. I actually remember when this whole “The Rock as President” thing started. It was back and 2016 and I was fresh out of Rutgers University. That was also, of course, an election year — an election year that featured a celebrity running for office. That celebrity, former reality television star Donald Trump, eventually won, thus prompting the question: if we’re just gonna elect anybody, why not elect someone that everyone seems to like and is also yolked out of his mind? Imagine The Rock rolling up to the G7 Summit — what an optic.

The largely Twitter-fueled debate about a Rock Presidency ballooned to such a point where even Dwayne Johnson himself began addressing it, usually going with something along the lines of: “If the American people genuinely want me to, I’ll consider it.”

In the beginning, it felt as though it was just a stock “I don’t want to say no” response from The Rock. But in the years since, both the conversation itself and The Rock’s acceptance of it seemed to have deepened, as The Rock is now churning out responses that are for more thoughtful, for example:

“I love our country to my core and I’m endlessly grateful for the opportunities I’ve had here, as a half-Black, half-Samoan kid being able to work my ass off knowing tenacity opens doors… I’m indebted to our great country for it,” The Rock recently told People.

The actor stresses he is “not a politician nor did I ever have political passions, and quite frankly I’m not sure I even have the patience or resignation to deal with the B.S. that comes with politics and politicians… But when 46 percent of Americans say they’re in favor of me becoming president, that forces me to humbly and respectfully stand up, listen and learn.”

If and when a sportsbook starts taking odds on a Dwayne Johnson Presidency, I’ll certainly be betting on it.

RELATED: After Being Attached To The Role For Over A Decade, The Rock’s ‘Black Adam’ Has Finally Begun Production