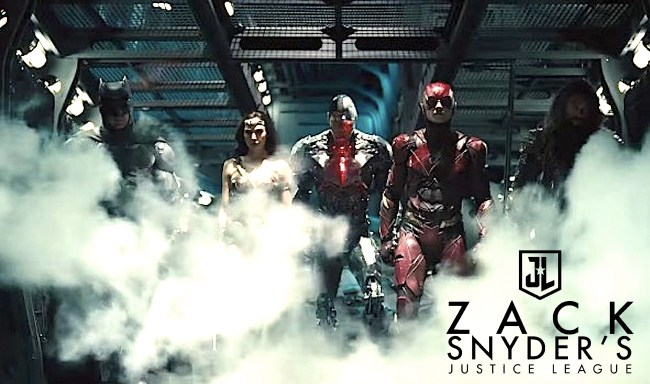 Given how long it’s taken to get here, it almost doesn’t feel real to say: we are just TWO WEEKS away from the release of Zack Snyder’s Justice League.

Once no more than a myth, the release of Justice League as it was *intended to be* is knocking on the doorstep and it’s difficult to feel anything but excited, especially if you’re like me, wherein you think Man of Steel is excellent and Batman v. Superman: Dawn of Justice isn’t as awful as its reputation suggests.

To give credit to Warner Bros., the marketing for The Snyder Cut has been quite slick as well, as they’ve slowly but surely rolled out pieces of promotional material to get fans excited, such as this recent reveal of the films six chapter titles:

The Chapters. Part 1: “Don’t Count On It, Batman” #SnyderCut pic.twitter.com/WoLjV5DxiF

Given that the film clocks in at over four-hours long, Snyder’s decision to break the project down into chapters will likely prove to be a wise one, as it will allow fans to consume The Snyder Cut at their own pace. Some might what to treat it like a movie while others go the miniseries route.

As Snyder recently told Total Film, Justice League was originally conceptualized as being a multi-film epic, similar to that of The Lord of the Rings. And while that trilogy may never come to be — Snyder said as much — it’s obvious, based on these chapter titles, that Justice League will ultimately be building towards, well, “Something Darkseider”.

“For me, there’s a trilogy of films that I sort of lean on. Man Of Steel, Batman v Superman, and Justice League are a continuity, and within that three-movie arc there is a consistent tone. Frankly, it was meant as the primer for another two [Justice League] movies – not that those movies are ever going to get photographed, I don’t see that happening – and it stays true to that concept. It was meant to be like Lord Of The Rings and not a one-off. That’s the way I think about it.”