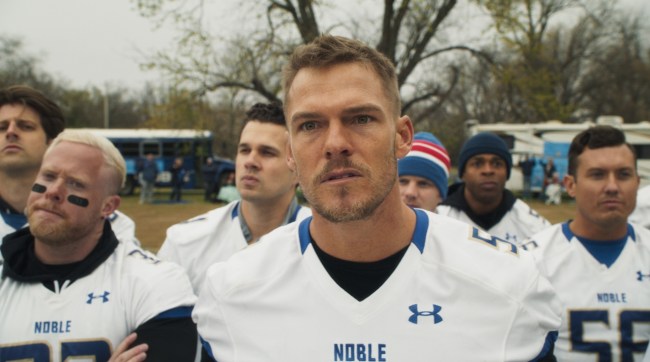 From Lionsgate, Turkey Bowl puts its own cinematic twist on the classic, smalltown football rivalry we can all relate to, only this time it’s between adults returning to their Midwestern town 15 years after the game was snowed out.

Patrick Hodges is the former high school quarterback turned big-time businessman that is engaged to a politician’s daughter. He hasn’t been back home in years so his buddies decide to lure him back for Thanksgiving in a pretty diabolical yet absolutely hilarious way all so they can finally play the Turkey Bowl.

Yep, Alan Ritchson is in the movie rocking a letterman and a football jersey so you know this one is going to be hysterical. You probably (definitely) know him as Thad from Blue Mountain State and it looks like they’ve taken some of that character’s traits and dropped him into this small Midwest town as Ronnie; epic.

Sidenote: we all binge-watched Blue Mountain State during college in about three days, right?

If you can watch that trailer and not get any thoughts or feelings relating back to your own hometown, we may need to talk. It’s relatable on so many fronts, from the high school stud that never left, returning to your hometown for holidays which is filled with drinking too much and not laughing enough to old stories and traditions everyone remembers.

The fact that it takes place in a small town during the Fall adds that extra bit of intrigue in which you can’t feel just a little bit better inside. Things are good when there’s a crispness to the air, footballs are being thrown and drinks are being had.

It also looks to be one of those movies where you legitimately miss something in the movie because you’re laughing so hard thanks to the hilarious cast Greg Coolidge put together here.

Also starring in the film are Ryan Hansen as Hodges, best known for playing Dick Casablancas on Veronica Mars; Matt Jones as Mitchell, you know him as ‘Badger,’ Jessie’s buddy on Breaking Bad and Brett Cullen as Ed Hodges who you know from loads of things such as The Dark Knight Rises, Narcos and Joker.

The Turkey Bowl will hit select theaters and be available digitally and on-demand on November 15th. 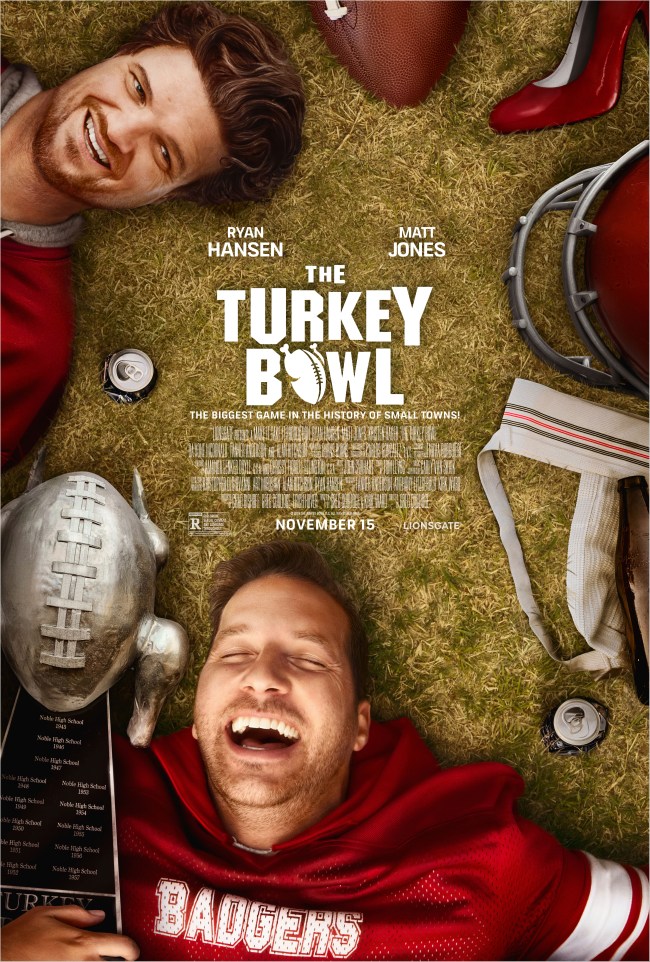