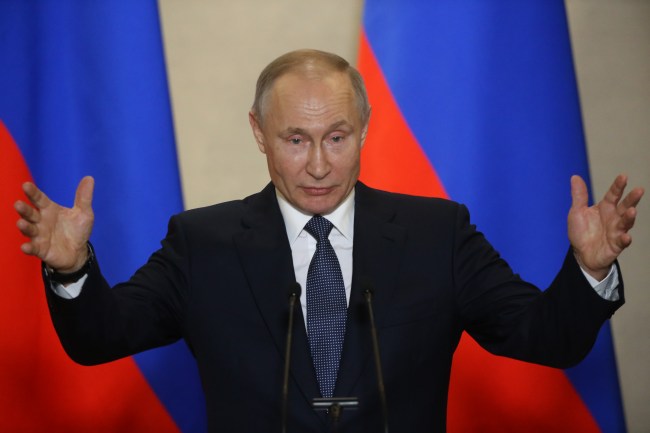 As #coronavirus cases spike in Russia, doctors say they need PPEs.
2 doctors who shed light on the woeful lack of PPEs have been reported killed "falling" out of windows.
A 3rd has life-threatening injuries after he, too, "fell" out of a window.https://t.co/WI6BNMPbRJ #COVID19

Three Russian doctors who spoke out about the negative conditions in which they were treating the virus have fallen from windows recently. In other news, nobody has accidentally fallen from a window since horse taxis were replaced by motorized taxis.

Alexander Shulepov, a doctor at an ambulance unit in Russia’s western Voronezh region, complained in an April 22 post on social media about shortages of medical supplies and being forced to work despite testing positive for COVID-19.

Ten days later, he fell from a hospital window under mysterious circumstances, local media reported, making him the third Russian doctor treating coronavirus patients to suffer a similar fate in just the past 10 days.

Shulepov, 37, survived the fall from a second-floor window, but he suffered a fractured skull and is now in serious condition. The two other doctors are reported to have died.

At a certain point, if you’re a doctor in Russia, you have to insist upon working on the ground floor. They can’t work in windowless buildings because those are just bigger versions of the vans that take children to the woods. But if these guys continue to be thrown from windows, you’d expect them to become wary of staircases, elevators, and escalators—the sort of warning signs that hint that elevated windows are about to appear.

In Russia, people falling from windows has been a problem for years. My guess is that air conditioning is expensive, so people leave windows open everywhere. But you can’t always tell if a window is open or closed, especially if there are no birds chirping because the FSB silenced them all. Perhaps you go to open the window for a smoke, and as you reach out to raise the sash, your excitement and momentum carry you forward and out the window. It’s sort of the opposite of when doves smash into windows because the glass is so spotless that they can’t see them. You know, if those doves were being thrown overhand at the windows by fixers named Toomas and Boris.

By the way, when it comes to Russians being killed in mysterious ways, BuzzFeed is the KING of coverage. They wrote the story about Putin’s assassination program that targeted the oligarchs via poisoning, bludgeoning, and yes—window-launching. That story was then expanded into a fantastic book called From Russia With Blood by Heidi Blake into which, incidentally, I’m 52 pages deep! Hooray. Seriously give it a read though, it’s fantastic.

PS- is it a mistake for me to write this blog? As someone who craves attention, I definitely don’t need to be on the Russian radar. My passwords are so basic. Fairly sure they have bigger fish to fry, but they also seem pretty comprehensive in rooting out dissidents and detractors and turning our laptops into eyeballs.