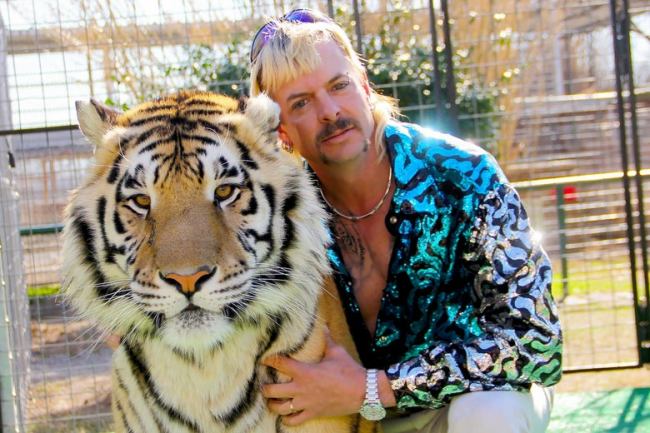 Well, based on previous years, we knew that this was coming didn’t we? There was no way, what with the popularity of and ongoing drama surrounding the hit Netflix docuseries Tiger King: Murder, Mayhem and Madness, there would not be a “Sexy Tiger King” Halloween costume making its way to the market this year.

I mean, it was inevitable, right?

If history has taught us nothing, it’s that whenever something blows up in pop culture two things are guaranteed to happen. (1) It will turned into an adult film parody, and (2) there will be a “Sexy” Halloween costume created based upon it.

Last year, when people were still going out in public without wearing a mask, we were treated to a “Sexy College Admissions Scandal” Halloween costume – which proceeded to make a lot o people angry because, well, people.

We were also treated to a “Sexy Mister Rogers” costume that also made a lot of people angry because, well, you know.

So, of course, this year there would be some “Sexy Tiger King” Halloween costumes.

The costumes, which being sold by Yandy, are called the “Tiger Queen” and “Coolest Cat.”

As for the “Coolest Cat” costume, its description reads, “A queen only bows down to her king. Be the baddest kitty queen in town in this Coolest Cat costume featuring a tiger print bodysuit with strappy harness, metal O-ring accent, a cheeky cut back, and a matching tiger ears headband.”

Naturally, because as I may have mentioned, people, some folks were upset with the costumes. Mostly though, people just had jokes.

Sexy Tiger King Costumes have gone on sale. There’s only a Joe costume and a Carole costume because the one of her husband has gone missing.