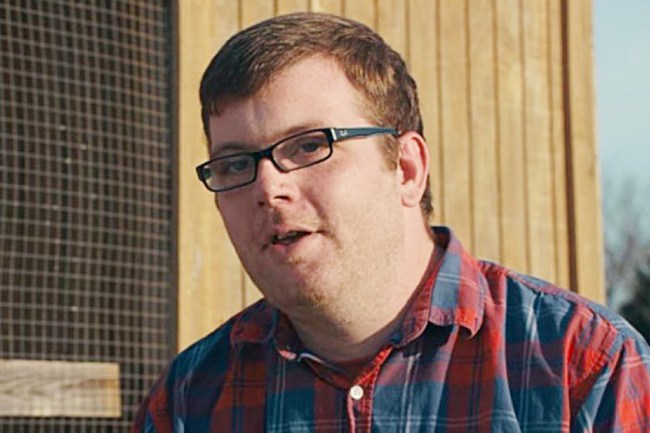 Of all the insanely batshit crazy moments from Netflix’s seven-episode Tiger King series, the most jarring of all was unquestionably the footage of Travis Maldonado’s accidental suicide.

The husband of Joe Exotic shot himself in 2017 with a Ruger pistol after trying to prove to zoo staffers that the gun wouldn’t fire without a clip. It did, and at just 23 years old, Travis was dead.

Joshua Dial, a former Walmart employee turned Joe Exotic’s political campaign manager, unfortunately had a front row seat to the tragedy and recently spoke with PEOPLE about the lingering effects of witnessing something so traumatic.

“I definitely have PTSD. There was no preparation for what I saw in that office. It was so shocking. I have nightmares about it.”

“He said, ‘Hey, did you know a Ruger won’t fire without a clip?,’” he says. “I said, ‘Really?’ He put the gun to his temple at that point and pulled the trigger.”

“The second he pulled the trigger, I knew he was dead,” he says. “You don’t come back from something like that.”

We are all Joshua Dial pic.twitter.com/zNwAo6l1XA

Dial also revealed that after Maldonado’s October 6 death, Joe Exotic called a meeting and accused staffers of not doing enough to save his husband and then made them watch a video of a tiger attacking a zoo staffer Kelci Saffery, leading to the amputation of her arm.

Since the release of the Netflix series, a GoFundMe page has been set up on behalf of Joshua Dial to raise money for professional therapy he previously could not afford.

“I’ve just been grateful for the support of people that are trying to get me help for counseling,” he says.

“I don’t want to have to ask for help, but I know that everything I went through, especially working over a-year-and-a-half looking at that bullet hole thousands of times, I need help. It’s been a hard realization for me to come to. To watch someone take their own life is a violation against nature. It’s not something that the human brain is meant to deal with.”

At the time of this writing, the GoFundMe page has raised $4,890 of the $5,000 goal and has already found a therapist.