Watch A Tiger Fight Against A Bear In India 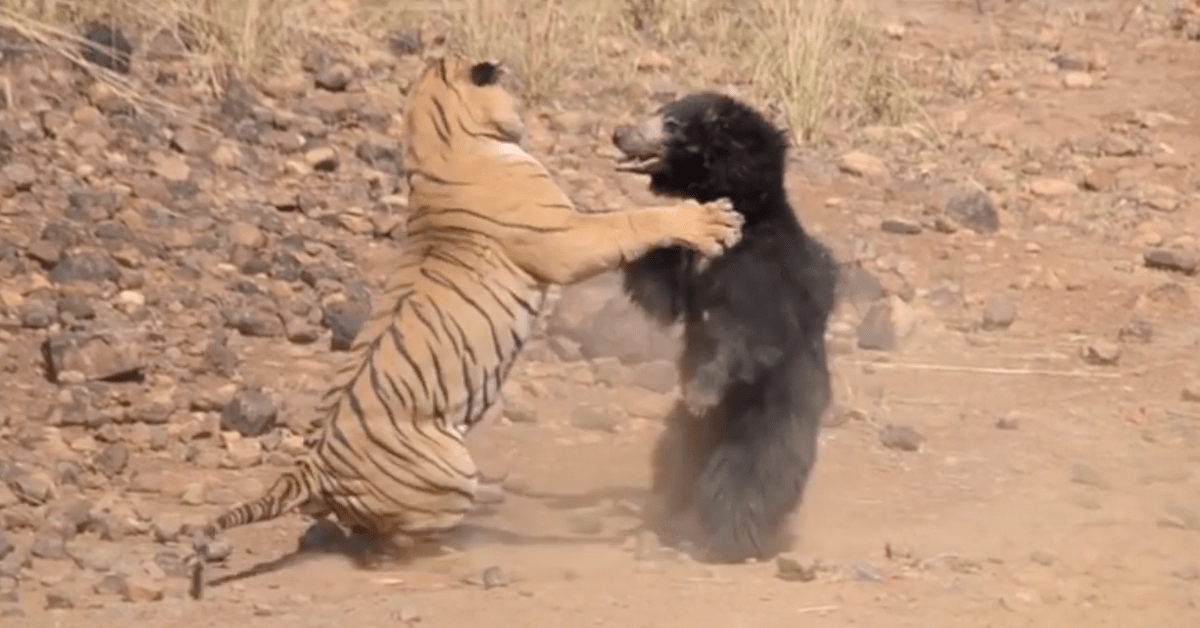 Lions, Tigers, and Bears… oh my. Well, today’s heavyweight matchup answers tiger versus bear… who you got?

India’s Tadoba National Park is one of the country’s 50Project Tiger, tiger reserves and Maharashtra’s oldest and largest national park. A few dozen tigers roam the 30,000-acre reserve and dominate the scarce number of watering holes, leaving many other animals to struggle for hydration.

Well, earlier this week a 7-year old alpha male tiger went claw-to-claw with a sloth bear as the bear fought to protect its cub.

You can watch the whole tiger vs bear fight here:

Akshay Kumar led a group of tourists to the edge of a waterhole when they saw the tiger and the bear start to go at it.

“She kept charging to protect her cub,” Kumar told NDTV. “It went on for 15 minutes.”

The tiger appeared to have won but the bear was lucky enough to fight as its cub got away. Eventually, the tour group saw the slosh bear surprisingly rise after the tiger had retreated in what it thought was a killing victory.