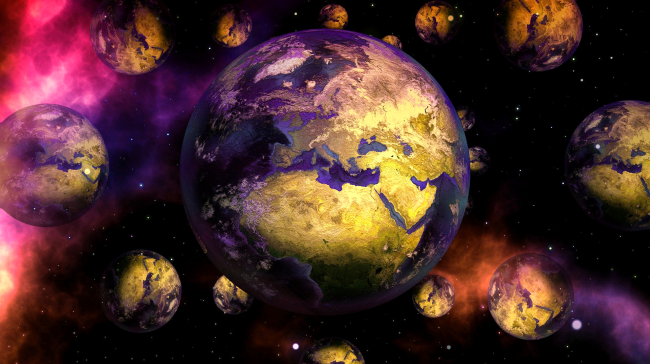 Have you ever wondered what happens after we die? If you haven’t then you are among a very tiny minority of human beings out there.

One life after death theory that is currently rocking people’s worlds on TikTok is the “quantum immortality theory” that was espoused by American physicist Hugh Everett III.

The quantum immortality theory, according to TikToker @joli.artist, says that we never really die, but instead our consciousness just moves on to an alternate world.

“Quantum immortality theory suggests that nobody ever actually dies, that consciousness never experiences death. Instead, whenever you die in one universe your consciousness just gets transferred to a parallel universe where you survive,” Moli explains.

“If the quantum immortality theory is correct, you’re just going to wake up in a parallel universe with no memory of the fact that you just survived an apocalyptic event.” (Like, say, semi-autonomous robot dogs with assault rifles on their backs gunning us all down as part of the robot uprising?)

She continued, “So after the inevitable apocalypse occurs, you’re going to wake up the next day in a new reality, and the next thing you know, you’re going to find yourself on Reddit talking about ‘since when did Pizza Hut have two Ts?!'”

That she says, would explain what’s known as The Mandela Effect, or false memories. A false memory is a phenomenon where a recollection that seems real in your mind but is fabricated in part or in whole, according to Healthline.com.

It is so named because after his passing in 2013, a large number of people believed that Nelson Mandela had already died in prison in the 1980s, even going so far as to say they remember his funeral.

“You don’t believe me? Okay, it’s been about 65 million years since the asteroids allegedly took out the dinosaurs. So you mean to tell me that in the last 65 million years, no other asteroids have come through the neighborhood and taken us out?” she asks.

“In our reality, apocalypses happen every day,” Moli continues. “Our consciousness just keeps getting transferred to another parallel universe, and another one, and another one. For all you know, the apocalypse maybe already happened last night and you’re just waking up in this reality talking about, ‘Since when has my light switch been on this of the wall?'”

Her TikTok video on this theory of life after death has been viewed over 4.4 million times and has accumulated over 31,000 comments, many of which involve people thinking they now understand why they swear things happened that other people swear never did.

Things like the Monopoly man wearing a monocle, Curious George having a tail, Febreze being spelled with two E’s, Fruit of the Loom’s logo being a cornucopia, the Berenstain Bears being spelled Berenstein, Skechers being spelled with a T, C3PO having a silver leg, and Sinbad starring in a movie called Shazaam (which totally DID happen by the way) are all examples.

She later posted several other TikTok videos on the subject of life after death, including one that addresses many of the questions viewers put forth on her original video.