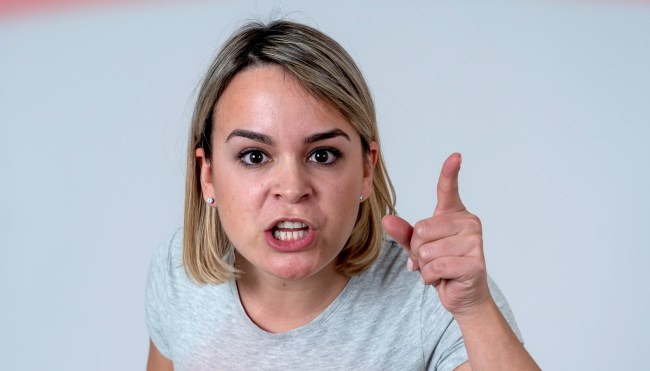 I don’t think it would come as that big of a surprise if we told you that the Karens of the world sound like they are speaking their own language. A language that only they can truly understand. I say this, because 9 times out of 10* no one but them knows what the hell they are even talking about.

What may, however, comes as a revelation to many folks is the fact that Karen is actually a real-life language.

No, I am not talking about occasions like when a woman strips naked to protest her gym not letting her bring her inside with her.

I am talking about the Karen language that a TikToker recently discovered as he was filling out a questionnaire to get himself a COVID-19 test.

Turns out the Karen language, actually pronounced Kah-REN, is a group of languages spoken in lower Myanmar and on the borders of Thailand that is usually divided into three groups: northern, central, and southern, according to Britannica.com.

Naturally, there were several, self-professed in some cases, “fun haters” on TikTok who pointed this fact out, but the rest merely enjoyed the fact that there is a acutal language called Karen.

“I REFUSE to learn Karen!” wrote on commenter.

Several women actually named Karen were also thrilled to discover that they had their own language, as they should be.