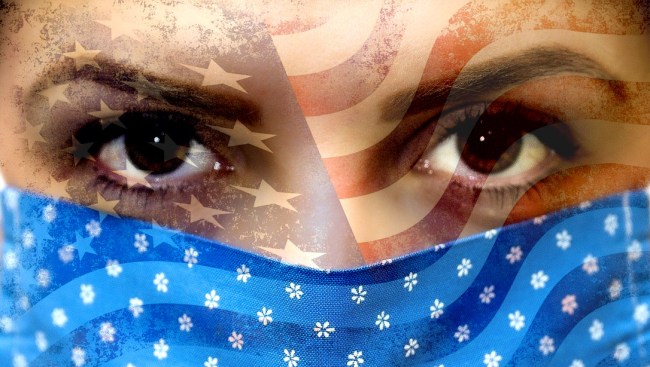 Another elusive anti-masker “Karen” was spotted and caught on camera in the wild, screeching and going off on an epic rant about her “civil rights” at Phoenix-area nail salon Du Nails.

After arriving with a mask on her face, the Karen decided to take it off as she got her pedicure. That’s when another customer triggered her by asking that she please put it back on, for health reasons.

“The customer that asked her to put the mask on explained that she had a compromised immune system and would appreciate if she would comply with the mask requirement and that’s when the person got very agitated,” Rhonda Snider explained to Fox 5.

“Shut the f*** and maybe you’ll learn a lesson,” the Karen begins her tirade. “Don’t start with me. Pick another victim to start with. I’m not her.”

“You’re not a victim?” someone asks her.

When threatened with a call to the police if she does not lower her voice, Karen shifts into high and shouts, “I will not lower my voice. I will not! Call them! And maybe they’ll arrest me for yelling!.”

“They’ll arrest you for breaking the law, you dumb idiot,” the nail salon employee informs her.

After some more bickering about which of them is the most “sad” Karen finally exits the business with a “Have fun. Go wear your mask. Bye bye!”

Woman goes on rant at Du Nails in Phx after being asked by fellow customer to put on mask. She says she is standing up for her civil rights. Staff tells me she came in wearing mask (required) but took it off during pedicure. #fox10phoenix pic.twitter.com/eX7elezLlf

As we recently pointed out, the Karenocalypse is real, folks, as Karens really are taking over the world, infiltrating every corner of America and threatening the very fabric of our society.

They’re at Walgreens, on American Airlines flights, at Papa Murphy’s, at Panera Bread, at Target, at Kroger, and at Verizon stores.

They’re ruining promotions at Dominos and other restaurants, complaining about Adult Swim, creating bogus government agencies, smashing cops’ heads into the ground, licking windows and knocking themselves out.

Male Karens, AKA Terrys, are also right there in lockstep with the females, terrorizing supermarkets, firing off AK-47s at police, creating brawls on airplanes, losing their minds inside Costco stores, and pulling out guns at Walmarts.

Truly, nowhere is safe these days.