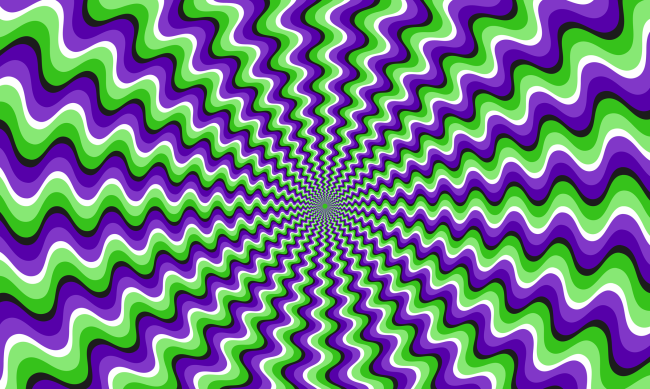 Optical illusions never cease to amaze the human mind. This is something that one woman on TikTok (@mysweetadeline) has figured out and turned into a following of almost one million people.

Why do we love optical illusions so much? Do we like being fooled? Or are just really attracted to things we can’t explain?

According to Scientific American, “our deep fascination with them dates back to the ancient Greeks.”

SUNY Downstate Medical Center professors of ophthalmology Susana Martinez-Conde and Stephen L. Macknik state, “It is a fact of neuroscience that everything we experience is a figment of our imagination.”

In an article in Popular Mechanics, Aude Oliva, a cognitive scientist from MIT, says, “The human brain is really tuned to learning new things. Anything that is new and surprising is something we naturally like because it means that we may learn something from it.”

Popular Science says we should actually be calling them “visual illusions.”

Optical illusions are tricks of the light, while a visual illusion occurs in your brain.

“Your brain is interpreting and heavily editing all the information coming in. A visual illusion is a profound misunderstanding; it’s a fundamental misrepresentation,” says Pascal Wallisch, a neuroscientist and psychology professor at New York University who has studied the viral phenomenon known as The Dress.

Ah yes, The Dress. Who will ever forget that?

Certainly not this TikToker, Adeline, who shares “surprising, unusual and weird art” on her account.

Perhaps the most popular of these videos posted by Adeline is an optical illusion she refers to as “reverse perspective.”

Before you watch her TikTok video, take a look at a still image of her creation. 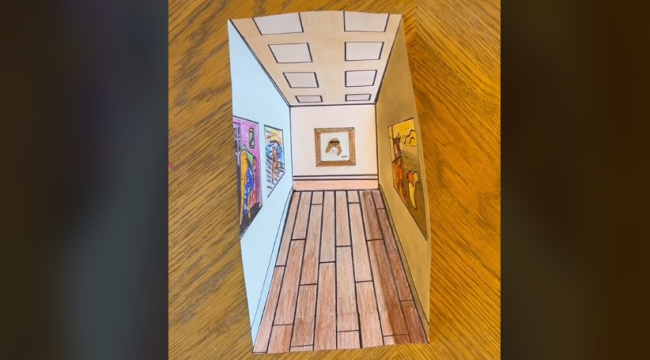 Looks like a hallway with some are hanging on the walls, some ceiling light panels and a wooden floor heading down the hall, right?

Pretty cool, huh? Here’s how you can create this optical illusion yourself.

Think that’s crazy. You ain’t seen nothing yet.

Brain does not compute.

By the way, that image at the top of the page? It’s not a GIF. Your mind just thinks that the squiggles are moving.