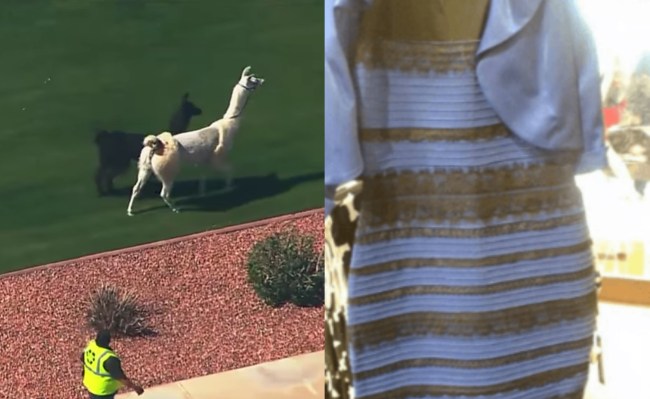 Six years ago today on February 26, 2015, the Internet was losing its damn mind thanks to a pair of llamas engaging in a high-speed chase across Arizona and a dress that was tearing the Internet apart with people ready to come to fisticuffs over what color that dress was.

I’m fairly certain that ‘The Dress‘ led to BuzzFeed‘s single largest web traffic day in the history of that website, or at least it was at that time, it’s certainly possible things have changed. Everyone was engaged in a heated argument on whether it was Blue/Black or White/Gold. And while everyone was arguing I was glued to the live feed of the Black and White llamas in Sun City, Arizona leading authorities in a chase across the city.

Looking back, I think that was quite possibly the last fun day on the Internet. Shortly after that happened the 2016 election cycle kicked into full gear and we’ve literally been inundated with 6-years of nonstop politics on the Internet since then. Seriously, I love Twitter (find me at @casspa) but I can’t spend more than 10 minutes on there without seeing some idiot say something so colossally stupid that if they were to say that in real life (and not on Twitter) they’d have their heads stuffed in a toilet.

February 26, 2015, was truly last really fun day on the Internet so I thought I’d throw the Black and White Llama video on your radar again today for anyone who was either at work/in class and missed it, or just wants to revisit a happier time on the World Wide Web:

I love a good high-speed car chase in California because the local news breaks out the helicopters to stream the entire ordeal to the public but this Llama Chase transcended all of that because it was so absurdly silly. A bunch of people just trying in vain to contain two llamas who were out there living their best damn lives for a little while.

Meanwhile, there was The Dress. That stupid stupid dress. The dress that led to the ‘Laurel vs Yanny‘ argument a few years back. It’s Black and Blue, obviously. And anyone who saw White and Gold was not only wrong but they needed to get their eyes checked. Yet those people still persisted that it was White and Gold despite it being PROVEN that the dress was Black and Blue. 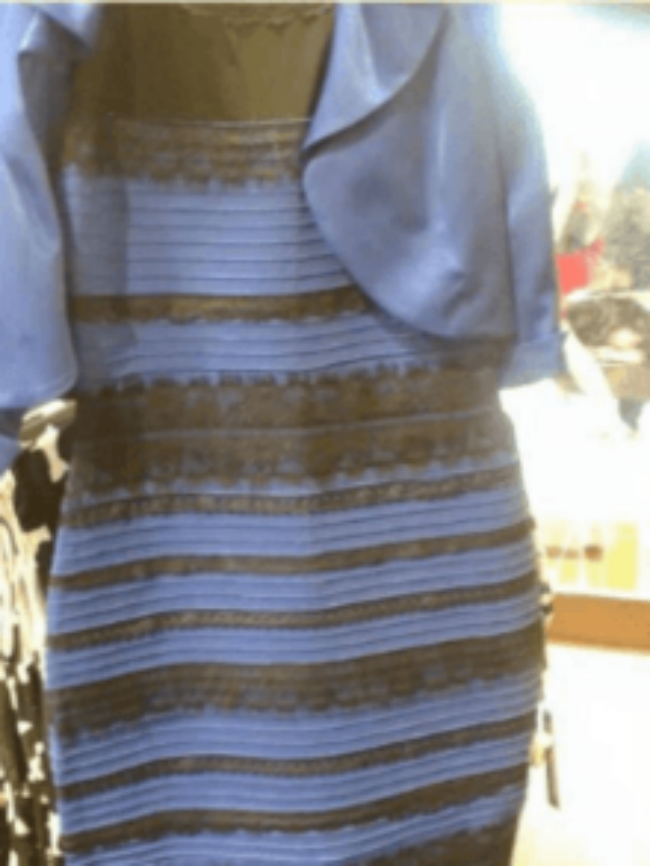 According to reports, there were over 10 million tweets about ‘The Dress’ within one week of that picture going viral. Everyone everywhere who had an attachment to the Internet was arguing over it. My own wife was afraid to admit to me that she saw White/Gold because I was so adamant that anyone who didn’t see the proper color of Blue/Black needed to get immediate corrective eye surgery.

Again, the REAL COLORS of the dress were confirmed as Blue/Black. Here’s the corresponding Wikipedia entry:

The dress itself was confirmed as a royal blue “Lace Bodycon Dress” from the retailer Roman Originals, which was actually black-and-blue in colour; although available in three other colours (red, pink, and ivory, each with black lace), a white and gold version was not available at the time. The day after McNeil’s post, Roman Originals’ website experienced a major surge in traffic; a representative of the retailer stated that “we sold out of the dress in the first 30 minutes of our business day and after restocking it, it’s become phenomenal”. On 28 February, Roman announced that they would make a single white and gold dress for a Comic Relief charity auction.

What blew my mind the most about ‘The Dress’ was it exposed the inability of millions of people to admit when they were wrong. They couldn’t just say ‘okay, I was wrong, it is black and blue.’ It was always ‘well, this is how I see it but I can kind of see where you’re coming from…’ and that, of course, led us into the past six years of a generally miserable time on the Internet.

The Llama Chase, The Dress, and Washington D.C. legalized recreational marijuana on this day six years ago. We need to focus on having more fun days around here in the future. The Llama Chase was like chicken soup for the soul.