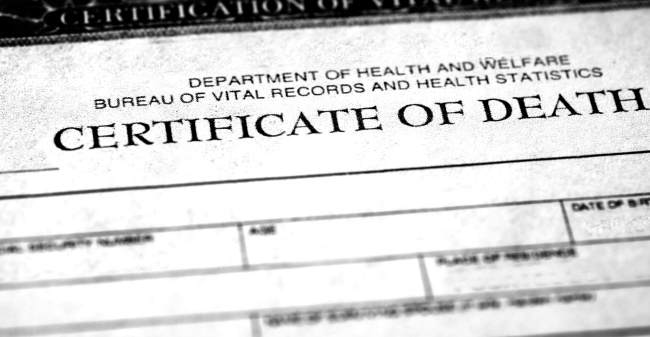 A girl on TikTok shared a wild story that has since gone viral about her boyfriend of two years faking his death so he could ghost her.

If this sounds familiar it’s because we have reported about an inordinate amount of people who have faked their own deaths over the years, for many reasons, including to avoid a aggressive customer, to avoid bankruptcy, to postpone a soccer match, and yes, Tupac.

Related: Woman Finds Out Ex-Boyfriend Faked His Own Death When She Runs Into Him Two Years Later At A Restaurant

This particular story about someone faking their death involves a woman on TikTok who goes by the handle @kathrynverb and is so good that it has now been viewed over 2.7 million times with over 436,000 likes and over 9,300 comments.

According to Kathryn, she had been dating her boyfriend for over two years and was all set to “marry him, have his babies,” the whole nine.

Then… dun dun dun… the coronoavirus pandemic hit the globe.

Sensing a golden opportunity to escape, Kathryn’s boyfriend informed her that he believed he had been infected and was thinking about heading to the hospital.

Unfortunately for Kathryn, while he later told her that he was feeling better, that was the last thing she ever heard from him.

He “suddenly stopped responding to all my calls, all my texts.” More than a week later all her calls to him were still going “right to voicemail.”

Naturally, unaware of his devious plan, Kathryn was sent into a panic, calling hospitals, with no results. It’s like he had disappeared or… turned into a ghost.

Having exhausted most of her options, she then filed a missing persons report with the police.

“You know what they told me?” revealed Kathryn. “They told me my boyfriend did not exist. So not only did my boyfriend ghost me by faking his own death, he also had lied to me for two years about his real identity.”

Lots and lots of questions come to mind, most of which were asked among the 9,300-plus comments Kathryn received.

While some viewers were getting ready to do some internet sleuthing to find out this guy’s real identity, Kathryn admitted in the comments that she had already figured it out.

She later posted a followup video thanking everyone for watching.

“Two million people watched that video,” she said. “I was literally expecting 200 people to watch that video.”

She also said that she isn’t sure if he knows that she knows his real identity, but later in the comments did write, “Yeah, I’m pretty sure he knows I know now.”

Kathryn also asked people who figured it out to just leave him alone and not engage, which, of course, based on the comments, didn’t happen, but at least her conscience can remain clear.