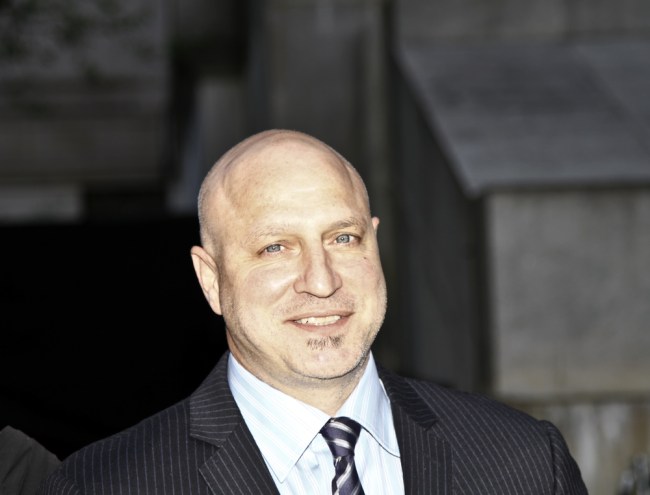 Celebrity Chef Tom Colicchio has built a restaurant empire across America. The restaurant he’s arguably best known for is Gramercy Tavern, an award-winning restaurant that he co-founded and has since moved on from. These days, Tom owns and operates Colicchio & Sons, Craft, Craftbar, Craftsteak, wichcraft, Tom Tuesday Dinner, and Voysey’s. He juggles running those restaurants with appearing as a judge on Top Chef. He’s a busy ass man, and he’s also a great follow on Twitter (@tomcolicchio).

In a short video with Business Insider, Tom Colicchio explained why he likes it when customers complain AT his restaurants. Obviously, as a restauranteur, you’d prefer to run a perfect business, make everyone happy, and never experience a single complaint. But this is real life we’re talking about and no matter how perfectly you do things people will always have complaints.

Tom’s reason for wanting people to complain AT his restaurants is because more often than not people who have a problem will wait until they get home to complain on Twitter, Facebook, Yelp, or via email. At that point, there’s nothing Tom Colicchio, the chefs, servers, or restaurant managers can do to appease a customer. If the customer lodges their complaint AT the restaurant then they can at least make an effort to rectify whatever the issue is.

He’s a classy man, and if you’re not enjoying a meal at his restaurant or there’s something wrong with your dish they’ll encourage you to order something else and they won’t charge you for the first dish. The vast majority of restaurants would prefer customers to behave this way because it doesn’t look good for any party involved when someone’s complaining on social media after a bad meal when there was an opportunity to stop it from happening back at the restaurant. So, next time you’re at a classy restaurant and aren’t enjoying your meal you’d be much better off to file your complaint there and be respectful about it, order something else, and make sure you leave happy.