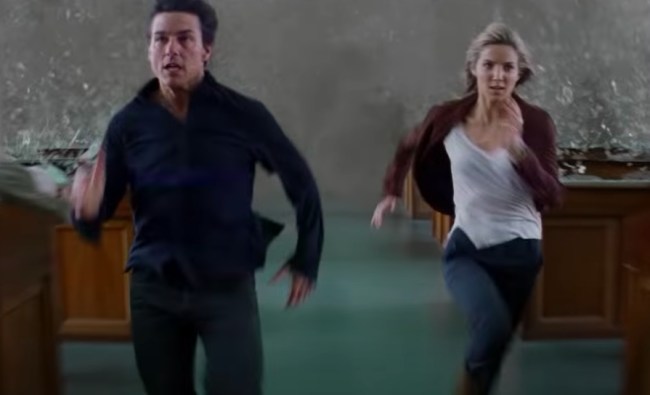 I was recently talking to someone who raised the idea that Hollywood has reached a point where the “movie stars” studios could once rely on to draw in theatergoers who cared less about the plot of a film and more about the people who starred in it have reached the brink of extinction.

I found it pretty hard to disagree, and while the fact that studios can’t just throw John Travolta’s name on a poster and watch the money come pouring in like they did at the end of the 1990s probably has less to do with a cultural shift and more to do with people realizing he sucks at acting, it’s hard to think of any actor who could get audiences to flock to theaters based on star power alone even if they weren’t currently shuttered by a pandemic.

The person who brought up this possibility floated Leonardo DiCaprio as an example of one of the last members of a dying breed, but when you consider the majority of the films he’s starred in over the past ten years have featured either Martin Scorcese, Quentin Tarantino, or Christopher Nolan in the director’s chair, it’s hard to attribute his box office success to name recognition alone.

After giving it some thought, the only other possible contender we could come up with was Tom Cruise, who became an incredibly bankable actor thanks to the signature charm he brought to the wildly diverse array of characters he embodied in the 1980s and 90s. That success carried over to the new millennium and he’s spent the past couple of decades catering to an audience that couldn’t care less about which government agency employs whatever character he’s portraying as long as he does some badass shit while carrying out whatever mission—impossible or not— he’s tasked with.

The most interesting part of Cruise’s continued success is that he hasn’t really seen his career impacted by all of the revelations that have come out following the Oprah’s Couch Incident that have made it very clear he’s a weird fucking dude, as it appears plenty of people could care less about his borderline unbelievable quirks and almost fanatical devotion to the teachings of L. Ron Hubbard as long as he keeps entertaining them on the silver screen.

Cruise has a reputation for being an incredibly intense actor and can apparently develop a massive pimple in an impossibly short amount of time based on how worked up he can get on set but it’s hard to argue with his methods when you consider how well his movies consistently perform—especially when they feature his character running at least 1,000 feet over the course of the film.

That stat is absurd enough on its own but it gets even more bizarre when you consider an anecdote Annabelle Wallis recently shared during an interview with The Hollywood Reporter. The actress is best known for her role in Peaky Blinders but also starred alongside Cruise in 2017’s The Mummy (which you could use to counter the argument that the actor still fits the definition of a movie star), where she learned that there’s something you’ve probably never noticed about all of the shots of him sprinting across the screen: there’s no one else running with him.

During filming, Wallis learned Cruise apparently has a long-standing policy forbidding anyone else from turning on the jets alongside him and said she had to convince him to make an exception by showcasing her ability to keep up before he acquiesced:

So, I would time my treadmill so that he’d walk in and see me run. And then he added all these running scenes. So, that was it. It was, like, better than an Oscar. I was so happy! I was so happy that I got to run on-screen with Tom Cruise.”