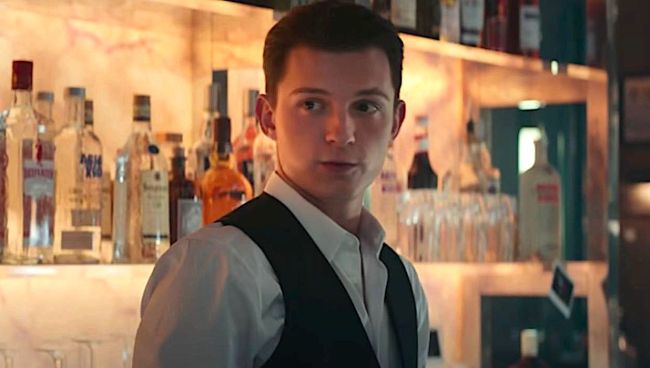 One of the things that I always thought was coolest about being an actor — and something that Tom Holland himself expresses in the below interview — is that they’re able to learn tangible, sometimes rare skills in an effort to create their character.  Take Keanu Reeves, for example: with the amount of martial arts and weapons training he’s had, my dude could easily take on a handful of amateur goons should the situation arise.

Holland has also taken some skills that he’s learned during his career into the real world, as the Uncharted star says he learned how to bartend to prepare for his role of Nathan Drake in Sony’s Uncharted. In fact, not only did Holland learn how to serve drinks but he did so in an actual London bar. However, due to the commotion Holland’s prescence caused, that very bar eventually had to “sort of” kick him out.

“One of my favorite things about what we do for a living is when you get the opportunity to learn a new skill for a reason, other than you just want to give it a go,” Holland recently explained during an interview with SiriusXM. “So I went to a bartending school. I ended up doing a few shifts at this bar in London, which was a lot of fun.”

“As word spread around town and people started figuring out that ‘apparently Tom Holland’s bartending at this bar,’ then the general manager started figuring it out. Eventually, I sort of got kicked out. I have been back to the bar, but it’s a little bit of a rocky relationship at the minute. I’ve been giving them a lot of press, though, so they just shut up and let me back in.”

It’s certainly a hell of a time to be Tom Holland, as the 25-year-old has recently starred in two of the box office’s top three biggest hits. Spider-Man: No Way Home is breaking all sorts of records and could cross $800M domestic before it’s all said and done, while Uncharted — which Sony is already hailing as a new “hit movie franchise” — has grossed over $139 million worldwide thus far. Plus, he’s still dating Zendaya, who’s not only strikingly beautiful but is arguably a bigger star than he is. Stay winning, Tom Holland.