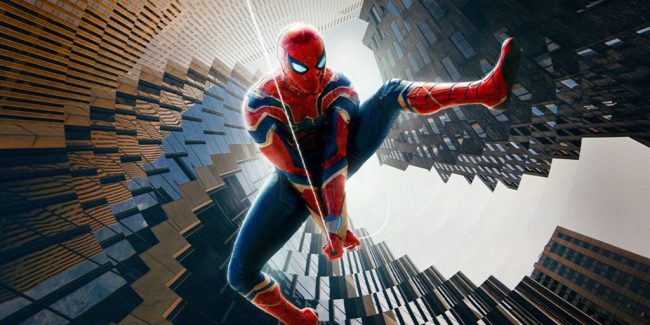 It’s now been over two years since legendary director Martin Scorsese said that Marvel Cinematic Universe films “aren’t cinema.” And yet, despite the fact that it’s been so long and the world has changed quite a bit since the Fall of 2019, Scorsese’s comments seem to resurface basically bi-monthly.

“I don’t see them. I tried, you know? But that’s not cinema,” Scorsese told Empire Magazine in 2019. “Honestly, the closest I can think of them, as well made as they are, with actors doing the best they can under the circumstances, is theme parks. It isn’t the cinema of human beings trying to convey emotional, psychological experiences to another human being.”

Ever since Scorsese made that statement, actors, directors, and fans alike have spent the years since bloviating about whether he’s right or wrong, with Tom Holland — who has been starring as Peter Parker/Spider-Man in the MCU since 2015’s Captain America: Civil War — becoming the latest person to weigh in on Scorsese’s now-infamous comments.

“You can ask [Martin] Scorsese ‘Would you want to make a Marvel movie?’ But he doesn’t know what it’s like because he’s never made one. I’ve made Marvel movies and I’ve also made movies that have been in the conversation in the world of the Oscars, and the only difference, really, is one is much more expensive than the other. But the way I break down the character, the way the director etches out the arc of the story and characters — it’s all the same, just done on a different scale. So I do think they’re real art,” Holland told The Hollywood Reporter.

Holland’s comments didn’t stop there, though, as he then went on to detail that, regardless of their ultimate quality, superhero films will still be seen by millions upon millions of people across the globe:

“When you’re making these films, you know that good or bad, millions of people will see them, whereas when you’re making a small indie film, if it’s not very good no one will watch it, so it comes with different levels of pressure. I mean, you can also ask Benedict Cumberbatch or Robert Downey Jr. or Scarlett Johansson — people who have made the kinds of movies that are ‘Oscar-worthy’ and also made superhero movies — and they will tell you that they’re the same, just on a different scale. And there’s less Spandex in ‘Oscar movies.’”

Here’s my take on the whole debate: Martin Scorsese, one of the most iconic names in the history of motion pictures, is allowed to — wait for it — have his own opinion! If he doesn’t think superhero films are “true” cinema, then good for him! That’s totally okay. I’m just as hyped for his next project, Killers of the Flower Moon, as I am for the likes of The Batman and Doctor Strange in the Multiverse of Madness. There is room for all forms of cinema to co-exist, *especially* in the age of streaming.

RELATED: Here’s A List Of All The Mindblowing Box Office Records That ‘Spider-Man: No Way Home’ Has Broken