These Are The Top 10 Beaches In America For 2019 According To The One And Only ‘Dr. Beach’ 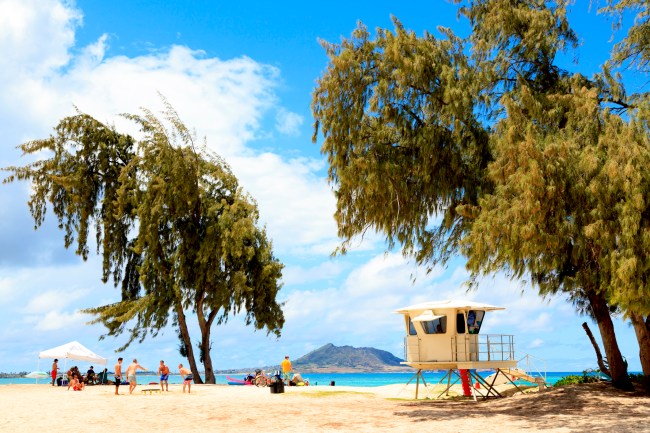 Every travel publication on the planet puts out an annual list of the ‘Best Beaches’ in America and across the world but when I really want a look at what the best beaches are on any given year I’ll look to Dr. Beach for the answers.

First off, let’s just acknowledge that the Best Beaches in America list changes every year for a variety of reasons. For instance, the devastating Red Tide algae bloom last year in Florida had an effect on a ton of tourism areas (like Siesta Key). Hurricanes and natural erosion can change the physical makeup of beaches by redistributing the sand. Development in surrounding areas can have a positive impact on beaches (better resorts, restaurants, etc.).

A lot can change in 12 months and that’s why we get a new ‘Best Beaches in America’ list every year from Dr. Beach, TripAdvisor, and others. Dr. Beach published his annual list of America’s Top 10 Beaches this week and Hawaii’s Kailua Beach Park was named #1 on the list and the best beach in America. This is the second year in a row that a Hawaiian beach was named #1 with Kapalua Bay Beach in Maui taking the top spot in 2018, and my hometown Siesta Key being named #1 back in 2017.

Here’s how this year’s list shakes out for the Top 10 Beaches in America for 2019:

What makes these particular beaches so special? Hawaii’s Kailua Beach Park gained the #1 spot because of its white coral sand and ‘generally small waves’ which makes swimming and other leisurely water activities easy. It’s a popular kayaking destination with lifeguards on duty, picnic tables, good restaurants in close proximity, and you’re allowed to bring drinks on the beach which isn’t always the case throughout America.

Dr. Beach uses 50 criteria in choosing this annual list and he’s been doing so since 1991. Hawaii received bonus points this year for outlawing the smoking of cigarettes (all smoking) on beaches which is fantastic because nobody wants to smell secondhand smoke when they’re baking in the Summer sun.

The #5 beach, Duke Kahanamoku Beach on the far west end of Waikiki, made the list because it’s separated from the enormous crowds and a perfect family-friendly beach with a gorgeous and peaceful nearby lagoon for swimming. Interestingly, the #7 beach on this list, Caladesi Island in Florida, isn’t even accessible for most people. The only way to get there is by a boat (there’s a ferry if you don’t have a boat). Dr. Beach had this tosay about Caladesi Island State Park in Florida:

“The white beach is composed of crystalline quartz sand which is soft and cushy at the water’s edge, inviting one to take a dip in the sparkling clear waters,” “There are boardwalk trails, but my favorite is the kayak and canoe trails through the mangroves to see the large blue herons and other birds that frequent this wonderful natural area.”

This really isn’t all that far from where I live but I’ve somehow never been there. I need to rectify that soon.