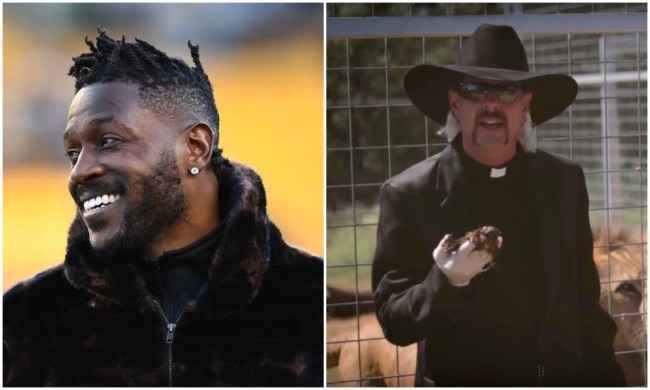 There is no doubting the fact that this world is in extremely strange times right now, unlike we have ever known. People are ordered to be in their homes for basically all hours of the day and are desperate for some sort of entertainment right now. After doing a couple Skype interviews for The Brilliantly Dumb Show, I tried to think to myself who would be the best, most entertaining interviewee I could possibly have on the show.

We have had guests from Michael B. Jordan, Jordan Belfort, Navy Seal Robert J. O’Neill, and more. With that being said, who would be the top people that even the Anderson Coopers, Tucker Carlsons or Scott Van Pelt’s of the world would be desperate to get mic’d up? More importantly, who would you want to see interview them?

Since the Astros cheating scandal has sparked outrage, Altuve, one of the main culprits of it all, has been rather quiet on the topic. He has continued to deflect questions about just how deep and complex this scandal is. Was he the only one wearing a buzzer to know what pitch was coming? Are there other teams in baseball doing this right now? Does he resent former Astro’s pitcher Mike Fiers for bringing it to the MLB’s attention?

I would sit him and Tim Kurkjian down in a room for an hour, because who doesn’t want to spill the beans and let it all out to a guy like Mr. Kurkjian?

Whoever gets their hands on an interview with this man is in for an absolute circus. Is it all just an act? Does he actually have plans to play in the NFL again? If he could take it all back prior to the downward spiral, would he say yes and still be playing for the Pittsburgh Steelers?

I am going to give the green light to Howard Stern on this one because nobody knows how to get it all out of you like Stern does. You know damn well going on as a guest to The Howard Stern show that absolutely nothing is off-limits, and that’s exactly what the people would want in this interview.

The man that has fascinated the planet with one of the most bizarre documentaries ever made; a wild card that you know for damn sure will not hold anything back if someone could get into his prison for an interview with the man himself.

Does he still want to kill Carole Baskin? Has he watched the documentary on himself yet somehow? What are his plans for post-jail life if he ever gets out? This is an interview I would give the nod to Diane Sawyer, simply because Diane Sawyer gets any interview she wants, and right now there is no better interview than Joe Exotic.