Studio Behind ‘Top Gun: Maverick’ Sued For Copyright Infringement By Family Of Author Of Original Article That Inspired The First Film 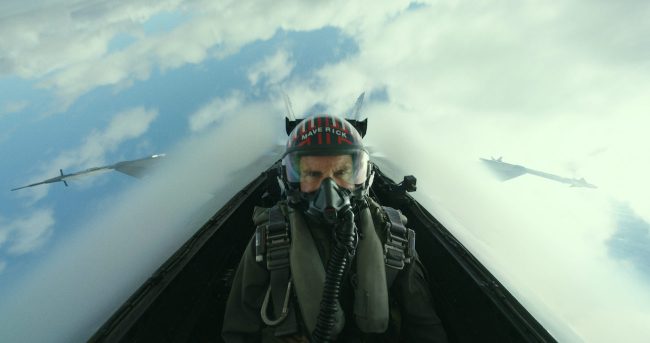 Ever since it hit theaters on May 27, Top Gun: Maverick has been a nonstop runaway train of success, as the film is smashing all sorts of box office records while also deeply resonating with critics and fans alike.

Despite being in theaters for just a couple of weeks, Top Gun: Maverick has already earned over $300 million domestically and over $500 million globally, putting it on course to become the highest-grossing film of Tom Cruise’s storied Hollywood career.

Those financials are only further propelled by rave reviews from both critics and audiences, as the film currently has a 97% critics score and a 99% audience score on Rotten Tomatoes. To put it in flying terms, it’s been nothing but clear skies for Top Gun: Maverick. Until now, perhaps.

According to reports, Paramount Pictures — the O.G. Hollywood studio behind the film — is being sued by the family of the author who inspired the original Top Gun for copyright infringement.

Paramount Pictures is being sued for copyright infringement over Top Gun: Maverick

The family of the author whose article inspired the original 1986 “Top Gun” is suing Paramount Pictures for copyright infringement, stating that the studio failed to reacquire the rights to Ehud Yonay’s 1983 article, “Top Guns.”

Shosh and Yuval Yonay, heirs to Ehud Yonay, claim that they sent notice to Paramount in January 2018 that they would reclaim the copyright in January 2020, according to a complaint filed in Los Angeles federal court. “Maverick” started shooting in May 2018. The Yonays also allege that “Maverick” did not finish the production in 2019, prior to the transfer of the copyright, but rather in May 2021. [via CNBC]

Given the otherworldly success that Top Gun: Maverick has enjoyed so far,  though, this copyright infringement lawsuit is just a small bump in the road for a film set to become one of the most successful blockbusters in recent memory.