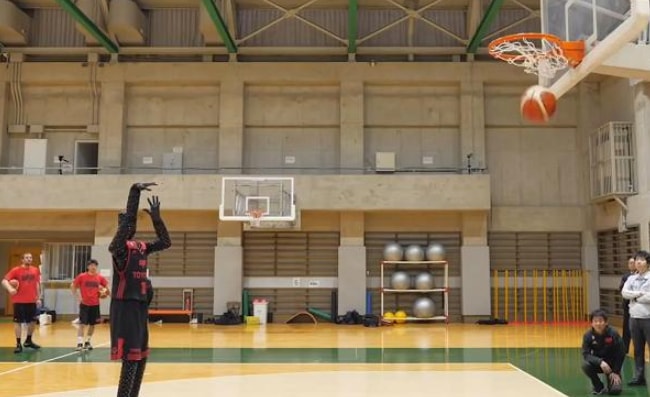 You would not want to employ the hack-a-Shaq strategy against this free-throw robot wizard. That is because this robot doesn’t miss a shot. Toyota designed a basketball-shooting robot that has such a golden touch that it beat professional basketball players in a shootout.

Toyota’s 6-foot 3-inch tall basketball-shooting robot named CUE uses artificial intelligence to learn to shoot his shot. The deadly android marksmen has near 100-percent accuracy at short distances. The basketbot was created by 17 engineers at the Toyota Engineering Society and practiced approximately 200,000 shots. The perfect shooting robot defeated two players from Japanese B League team Alvark Tokyo in a shooting contest. This robot is deadly from mid-range and can’t play a lick of defense, so it’s basically Carmelo Anthony.

You could probably break this robot’s titanium ankles with one mediocre cross-over though.