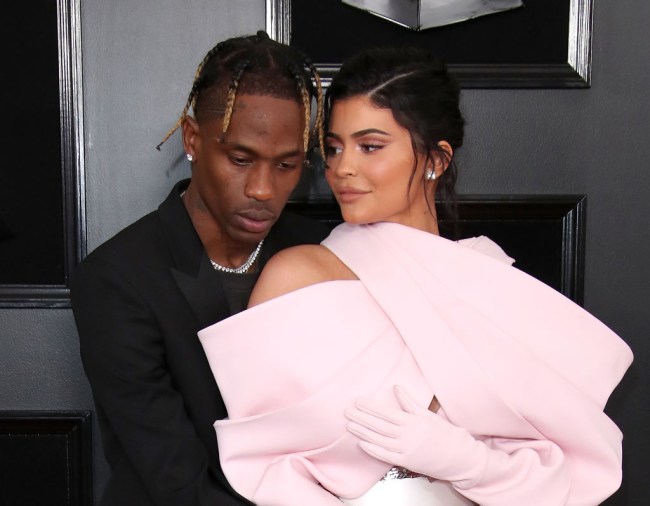 Instagram is a wonderful place to post photos of your colorful paella or your scenic vacation to Croatia. It’s also a haven for women looking for attention and the men who want to give it to them. Apparently, a few women got the attention they wanted from Travis Scott on Instagram and it could jeopardize his marriage with Kylie Jenner. Now Travis has deleted his Instagram to reportedly save his celebrity relationship.

Last week, Travis Scott canceled his AstroWorld concert in Buffalo less than three hours before the show. Rumors say that Kylie caught Travis cheating and there was a huge situation that caused the SICKO MODE rapper to cancel the show. Reps for Scott vehemently deny the gossip and say he missed the concert because he was sick.

Kylie allegedly found “suspect” DMs on Scott’s phone. Apparently, several women messaged the rapper in conversations that were described as “over-friendly.” Your wife can’t see DMs of your cheating if you delete your Instagram account.

Kylie is said to have called the messages as “evidence” that Travis has been cheating on her. But La Flame said that it was simply harmless flirting and nothing came of it. To prove his allegiance to his baby mama, Scott allegedly deleted his entire Instagram account.