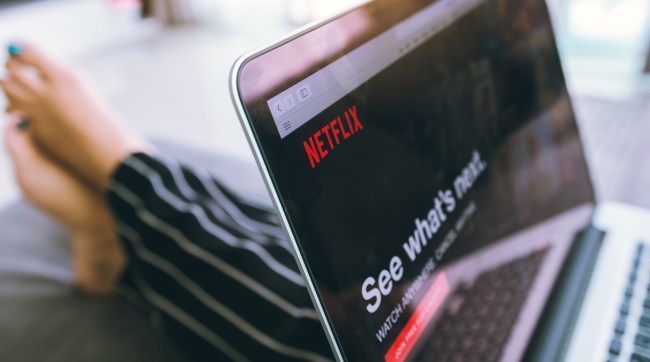 The “Trending Now” section on Netflix shows us what people are watching on Netflix.

This category can be helpful when trying to find something new to watch, but what do the trending shows say about ourselves and our interests?

Here are 25 shows/movies that I found trending on Netflix and my attempt to provide an answer as to why they are trending.

Conversations with a Killer: The Ted Bundy Tapes – The trailer they play starts with a guy saying, “He didn’t look like anybody’s notion of somebody who would tear apart young girls.”

This begs the question, what does a murderer look like exactly? If we knew what murderers looked like, wouldn’t we all just stay away from them because you know, they’re murderers?

Tidying Up with Marie Kondo – We’re all a bunch of slobs.

The Mummy – Everyone’s realized how much we miss Brendan Fraser and we’re re-watching the original The Mummy as a way to protest the fact that Tom Cruise was cast in a reboot.

Russian Doll – One of the many shows you will be guilt-tripped into watching if you haven’t already binge-watched every episode.

If you haven’t watched it yet, you will soon hear this phrase, “You haven’t seen Russian Doll yet? You’ve got to watch it. It’s so good!”

You’ll respond the same way you react to a host of other TV shows you just haven’t had a chance to watch yet by saying, “No, but I’ve heard it’s good. I’ll have to check it out.”

World’s Weirdest Homes – Millennials thought that this might provide some loopholes on how to afford the cost of a home in 2019.

Unfortunately, it doesn’t provide any answers.

Hairspray – This one perplexed me at first. Is Hairspray trending because Amanda Bynes recently announced that she was going to make a comeback? Was it people wanting to get a look at a young Zac Efron?

Then I noticed that during the automatic preview there was a scene that shows Christopher Walken singing and dancing amongst laundry with John Travolta dressed as a woman. You can’t see that and not be intrigued. The scene seems like it was created by filling out a mad lib.

Blue Planet II – I noticed that this started trending right after 4:20pm. Coincidence? I think not.

American Pie 2 – This is for people that want to feel like they have cable, but don’t want to pay for it, so they just put this on in the background while they’re folding clothes or checking Instagram. As a bonus, it’s on Netflix so it’s not censored and there are no commercial breaks!

Abducted in Plain Sight – In this true crime documentary, a family falls prey to the manipulative charms of a neighbor, who kidnaps their adolescent daughter. Twice. Another trending show about people doing horrible things. Are we ok America?

Bringing Sexy Back / Botched Up Bodies – It’s no secret that we’re obsessed with makeovers. We love before and after photos whether it centers around weight loss or meth use. You never want to be an “after” model for meth.

This show caters to those that enjoyed the elimination element of Survivor but didn’t like the fact that there wasn’t food continually being shown and fed to people. Both shows put contestants in high-risk situations. In Survivor, the contestants must find drinkable water.

However, in The Great British Baking Show contestants carry the burden of worrying if the judges will decide that their bread is too dry.

One Strange Rock – So it’s Planet Earth but… IN SPACE, and it’s narrated by Will Smith? Yeah, I’ll be checking that one out as well.

NCIS – Are people trying to binge watch NCIS? The whole point of binge-watching is that each episode usually ends on a bit of a cliff hanger, so you want to keep watching.

NCIS is just the same plot every episode repeated throughout 16 seasons.

It does cater to our thirst for murder as pretty much every episode features someone that dies, and then we figure out that there was someone that killed them.

Kitten Rescuers – No surprise here. It’s a show about kittens being rescued, and it’s available on a streaming platform. Have you been on the internet lately? Cats are a hit.

Velvet Buzzsaw – This is one of those Netflix movies that looks just weird enough to give it a watch.

The Final Table – Another high stakes baking show with a twist: there’s a studio audience this time. A large percentage of America is obese, and the only thing we talk about more than the weather is food, so it makes sense that there are several baking shows that are trending.

The trailer looks like it was produced by someone that makes trailers for summer blockbusters.

The music builds and flashes the following messages,

Is this a show about people cooking food or is this a superhero movie?

The Birdcage – After people saw what Will Smith would look like as the genie in the new live version of Aladdin, people were desperate to get a dose of Robin Williams.

The Silence of the Lambs – People have already finished the numerous documentaries about real-life serial killers, so they’re quenching their bloodlust with a movie about a fictional serial killer until a new serial killer documentary is uploaded.

Why Are We Getting So Fat? – Great question. It may have something to do with the fact that we’re constantly watching baking shows from our couch while we order from Door Dash and Uber Eats.

Dave Chappelle: Equanimity & The Bird Revelation – In a world where trends usually change overnight, a stand up special from Dave Chappelle that was released in 2017 is still trending in 2019.

This is an underrated achievement by a brilliant comic.

Cats & Dogs: The Revenge of Kitty Galore – Why is this trendin… wait a minute there’s a scene in the preview that shows a cat in a Hannibal Lecter mask. Seeing humans murdering each other wasn’t enough, so we had to get cats involved?

Star Trek: The Next Generation, Solo: A Star Wars Story, and several Marvel movies – Never underestimate the power of nerds. They aren’t going to watch one of these shows one time and then never watch it again. We’re talking about a minimum 8-peat.

Into the Blue – We never deserved Paul Walker, and now we’re trying to make up for lost time, even if the movie itself was horrible. Come to think of it, we didn’t deserve 2005 Jessica Alba either.