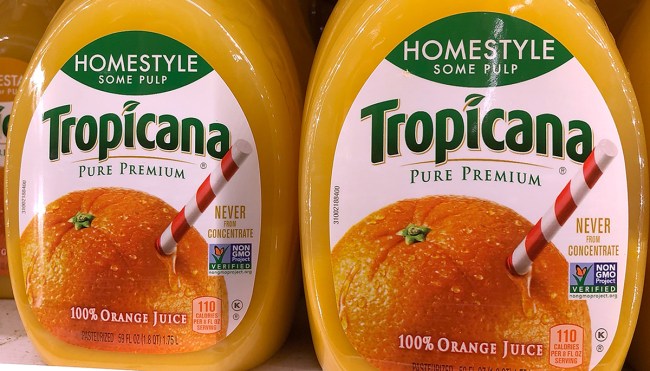 Earlier this month, tens of thousands of people risked voluntary Cancellation by replying to a Twitter thread that urged them to share their most controversial Food Take, which managed to generate plenty of controversial (and, in some cases, stomach-churning) replies.

Plenty of respondents used the prompt as an excuse to confess to some cereal-related sins, including those who admitted to filling the bowl with milk before pouring their breakfast treat of choice and others who asserted it’s better without the addition of any liquid at all.

However, those admissions had nothing on the ones concerning what I think most people would agree is a truly heinous culinary crime: mixing cereal with orange juice, which is apparently a thing far too many people do on an alarmingly regular basis.

Also what is wrong with some of you

I unironically enjoyed using orange juice instead of milk in my cereal.

Virtually no one specified which cereals are allegedly elevated by the addition of the beverage, and while I like to think of myself as a fairly open-minded person, I’m pretty sure I’d rather rinse out my mouth with a nice, cold glass of orange juice after brushing my teeth than willingly desecrate a bowl (although I guess I could see how it could theoretically work with the likes of Fruit Loops or Fruity Pebbles).

With that said, I’d be lying if I wasn’t somewhat intrigued by a new offering Tropicana has unveiled ahead of National Orange Juice Day (which apparently falls on May 4th), as the brand is gearing up for the release of “Tropicana Crunch,” a cereal it claims is “made for OJ.”

The cereal features “honey almond clusters that are made to be spooned and sipped” after being doused in orange juice, and if your curiosity is piqued, you won’t have to shell out a single penny for the product, as Tropicana will be giving the boxes away for free until supplies are exhausted following the drop next week