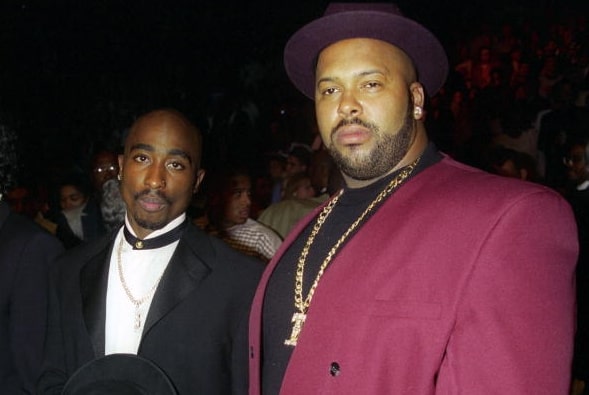 Despite happening over 22 years ago, there is so much mystery and so many unanswered questions about the murder of Tupac Shakur. One of Tupac’s friends and colleagues revealed that Suge Knight was not behind the murder of Tupac and that the LVPD’s prime suspect was probably not the assassin who killed the iconic rapper.

Beale says that he was informed by his fellow Outlawz member Yaki Kadafi that the Los Vegas Police Department’s prime suspect was not the shooter who took Tupac’s life. Tupac was hit with four bullets in the chest and thigh by a gunman in a white Cadillac during a drive-by in Las Vegas after Mike Tyson fight.

Reportedly, three hours before Suge Knight’s BMW was riddled with bullets, Orlando “Baby Lane” Anderson got into an altercation with the Death Row boss in the MGM. Orlando, who was a member of the South Side Crips, was the LVPD’s prime suspect in the shooting after investigators got a taped confession under immunity from his uncle Duane “Keefe D” Davis, who said he was in the drive-by shooting vehicle.

However, a few years ago, Davis admitted that Anderson was not the shooter, but he would not reveal who the real killer was because of the code of the streets. Anderson would die in 1998 at the age of 24 in a Compton garage shootout over money.

Beale says he doesn’t believe Anderson is the triggerman in Tupac’s death. Yaki Kadafi, a member of the Outlawz, was at the scene of the shooting on September 7, 1996, because he was in a nearby car when the drive-by happened. According to Napoleon via The Sun, Kadafi “looked right at” the killer and “Kadafi actually seen the person who killed Pac.”

“He said the guy looked right at him, he pulled the arm out and saw the shooting you know what I mean,” Beale said of Kadafi. “They witnessed it, the Outlawz was there but Kadafi seen the guy. The guy looked at Kadafi and Kadafi looked back at him.”

“And Kadafi didn’t expect, he didn’t know what was about to happen until he seen an arm come out the window,” Beale explained. “I don’t think it was Baby Lane (Orlando Anderson), the one who Kadafi seen.”

“Why Kadafi didn’t tell the police?” Beale was asked and responded, “You gotta understand where we come from in that particular time as Kadafi said to the police, he didn’t want to participate with the police. That’s a code from the streets.”

Kadafi, one of the few witnesses to Pac’s shooting, died less than two months after Tupac’s death at the age of 19 from an accidental shooting in a New Jersey apartment.

Despite bing the prime suspect by the LVPD, Anderson was never prosecuted or arrested. Las Vegas detective Kading said the lack of credible witnesses and nobody talking to the police made it impossible to charge Anderson. “He (Anderson) was never charged because he had no-one who would directly identify him as the gunman at the time,” Kading said. “All you had was circumstantial evidence, you could prove that he had a fight with Tupac and Tupac assaulted him at the MGM, we had that captured on video.”

We’ve seen many conspiracy theories about Tupac’s death, but Beale refutes any notion that Suge Knight put a hit on Shakur’s life and said he actually saw the bullet or shrapnel wound that the Death Row boss suffered during the drive-by shooting on the Las Vegas strip on September 7, 1996. Beale notes that Suge knew Tupac’s schedule at all times and it would be much safer to put a hit on the rapper when he wasn’t in the same car as Shakur.