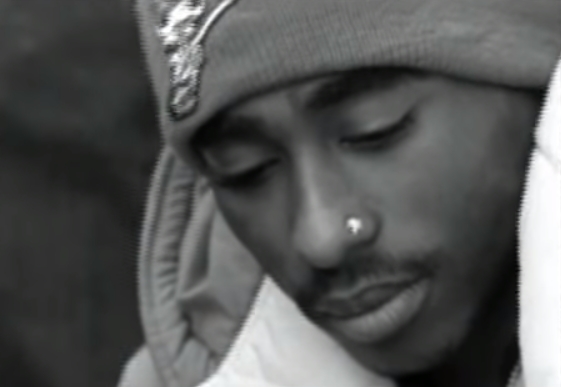 Earlier this week Suge Knight’s son said that Tupac Shakur is alive and currently living in Malaysia. Big if true. But the cop who was the first person to arrive at the scene where Tupac was shot and undoubtedly rejects all conspiracies that the rapper survived the lethal attack.

Chris Caroll is a retired Las Vegas Police Department Sergeant who was the first responder in Las Vegas when Tupac was gunned down on September 7, 1996. Caroll said the conspiracy theories that Tupac was alive and living in Malaysia are “ridiculous.”

On September 7, 1996, Shakur attended the Bruce Seldon vs. Mike Tyson boxing match with Suge Knight at the MGM Grand in Las Vegas, Nevada. Tupac got into an altercation with Crips gang member Orlando Anderson in the lobby of the MGM Grand casino.

Shakur left the heavyweight boxing match in Knight’s 1996 black BMW 750iL car (which was on auction two years ago for $1.5 million).

The BMW was stopped at a red light in Las Vegas when a white Cadillac pulled up next to them and unloaded a hailstorm of bullets. The lethal drive-by shooting occurred at 11:15 p.m. with Pac and the Death Row boss in the car. Tupac was hit by four rounds and died from his injuries six days later. The identity of Tupac’s killer was never found.

The Sun interviewed Caroll this week and noted that “for all practical purposes died” in his arms in the Las Vegas street.

The former LVPD cop said the claims of Tupac alive are “utter nonsense” and his wounds were so critical that there was no way he could have survived. “I mean he is dead,” Caroll stated. “He had multiple gunshot wounds on his body. There were large caliber wounds to his torso and vital organs.”

“He is absolutely positively dead,” Caroll told The Sun. “I know he means a lot to people, but the guy is gone and is never coming back.”

“Suge seems to want to perpetuate the notion that Tupac is alive despite what we both saw. I remember being taken aback when he claimed on TV, ‘Tupac’s not dead,” Caroll said. “I feel there is a financial reason behind his behavior. He most likely still has monetary ties to Tupac so if that helps with record sales or air plays, it is all money in his pocket.”

Caroll said he’d love to talk to Suge about the night Tupac was shot, but Suge will be pretty busy for the foreseeable future since he was sentenced to 28 years in prison for manslaughter on Thursday.

Caroll gave an interview to Vegas Seven in May of 2014 where he detailed the moments after the shooting.

“So I’m looking at Tupac, and he’s trying to yell back at Suge, and I’m asking him, ‘Who shot you? What happened? Who did it?’ And he was just kind of ignoring me. He was making eye contact with me here and there, but he’s trying to yell at Suge. And I kept asking over and over, ‘Who did this? Who shot you?’ And he basically kept ignoring me. And then I saw in his face, in his movements, all of a sudden in the snap of a finger, he changed. And he went from struggling to speak, being noncooperative, to an ‘I’m at peace’ type of thing. Just like that.”

“He went from fighting to ‘I can’t do it.’ And when he made that transition, he looked at me, and he’s looking right in my eyes. And that’s when I looked at him and said one more time, ‘Who shot you?’ He looked at me and he took a breath to get the words out, and he opened his mouth, and I thought I was actually going to get some cooperation. And then the words came out: ‘Fuck you.’”

Tupac is a legend.

To make things even more of a circus, two weeks ago Eminem accused Diddy of putting a hit on Tupac in “Killshot.” Then Diddy responded by saying that he is “handling” Eminem.