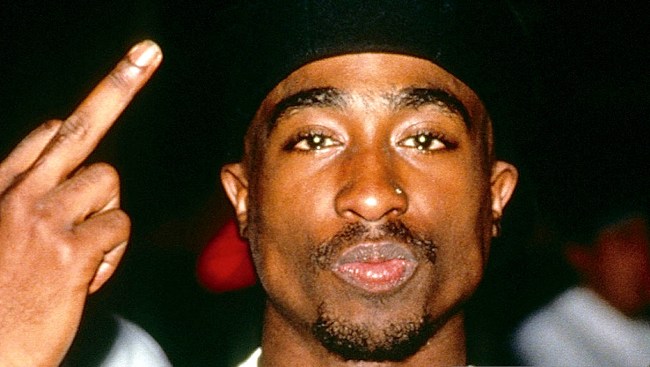 A statue of Tupac Shakur, recently brought to the attention of the internet, is getting criticized online because, well, it looks nothing like the late rapper.

The statue of Tupac which used to be located at the Tupac Amaru Shakur Center for the Arts in Stone Mountain, Georgia, was, according to a Twitter user, supposedly moved to Dallas because… we have no idea. Was Tupac big in Dallas?

Turns out it’s not actually in Dallas, but, you know, facts, pffft.

The statue was created at some time around when Afeni Shakur, Tupac’s mother, opened the art center in 1997. She later sold it for $1.2 million in 2015 and the statue was removed from the property. (Below is a video shot in 2015 showing the statue.)

In 2017, the property was renamed the Peace Garden Park and Amphitheater and was supposed to be getting a new $500,000 statue, but it has yet to be completed or unveiled.

That statue, or at least the clay rendering of the statue, looked pretty sweet.

The old statue of Tupac, which went viral on Twitter this week, most certainly does not.

And fans could not believe that it was supposed to be the legendary rapper.

This not the priest from walking dead?

Statue of WHO now?! pic.twitter.com/Iv7ie9cpfY

This statue is higher than Tupac ever was 😄 https://t.co/KHeecl34TO

I’m mad that y’all got Tupac trending for that damn statue we don’t even have in Dallas. I hate y’all. pic.twitter.com/hpfHbX6ZCV

Yeah, it is pretty bad, but is it better or worse than the nightmare-inducing Cristiano Ronaldo statue? I think not.