People Are Furious That An Unauthorized Anthony Bourdain Biography, Which Includes His Final Texts, Is Being Published 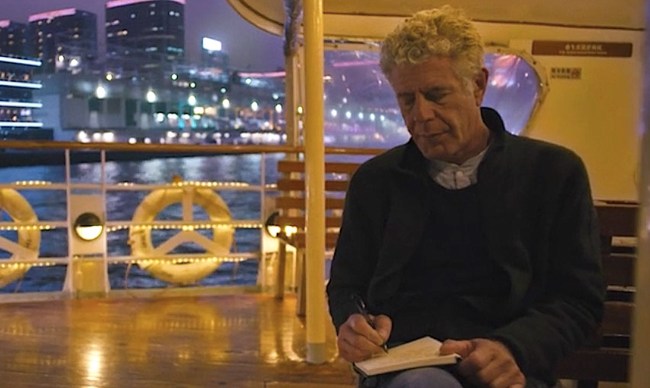 Earlier this week, the New York Times published a story about an upcoming unauthorized biography about the life and death of beloved chef, writer, and world traveler Anthony Bourdain. And needless to say, the reaction to the book’s existence has been overwhelmingly negative considering that it apparently includes some of Bourdain’s private, and final, text messages to loved ones.

The book, Down and Out in Paradise: The Life of Anthony Bourdain and written by journalist Charles Leerhsen, also included text messages that Bourdain sent to his ex-wife and then-partner Asia Argento. We will not be publishing the contents of those texts here out of respect to Bourdain. An unauthorized biography, by the way, is one published without approval and/or input from its subject.

“Every single thing he writes about relationships and interactions within our family as kids and as adults he fabricated or got totally wrong,” Bourdain’s brother Christopher said in an interview.

As the NYT reports, while “the book has already drawn fire from Mr. Bourdain’s family, former co-workers and closest friends,” it was approved by Bourdain’s ex-wife Ottavia Busia, who controls his estate and therefore was able to provide Bourdain’s phone and laptop to the writer.

Given the undeniably slimy nature of the book, fans of the late, great Anthony Bourdain understandably expressed some frustration at its publication.

Disgusting. The smug writer and everyone involved. Let Bourdain rest.

What a disgusting cash grab of a book from @CharlesLeerhsen. It takes a real piece of unethical shit to write a book like this. https://t.co/TbSRz9dSMC

Even before this story it wasn’t hard to see that Bourdain struggled to reconcile his public role with his private life.

So I don’t need to read this book. I think I’ll just choose to remember the man who not only uniquely captured the world but also changed how millions see it. https://t.co/kJ8fxUvAor

Absolutely disgusted to read this article. Whatever “unauthorized biography” even means, this is yet another example of why it should be illegal. What a total hack. https://t.co/NrmvMHVHOo

Why won’t they leave his life alone. https://t.co/B0D882MCda

This is disgusting I hope the family will be able to stop the publication of the book https://t.co/1QKI9Sp4Jv

You really should let the dead rest in peace. No one asked for this. No one cares. This is idiotic.
You lot keep knocking on the devils door one day he’s going to answer. https://t.co/08P9S2dKdN

So fucking disrespectful, and so common nowadays. May the author’s career go to hell, and failure follow all the other authors who try to profit off of other people’s tragedies and trauma. So mote it fucking be. https://t.co/AygoEr6Heg

Ohhh, nooo, this isn’t fucking creepy or ghoulish AT ALL. https://t.co/B5rG1Ceixm

If you do find yourself in the mood to reminisce about Bourdain’s life, watch the documentary Roadrunner, which actually does feature conversations with some of his closest friends and family.

And continue to Rest in Peace, Tony — you were and still are the best of us. We miss you.