‘Uncle Fatty,’ The Fattest Monkey You’ll Ever Lay Your Eyes On, Feared Dead After Escaping From ‘Fat Camp’ In Thailand 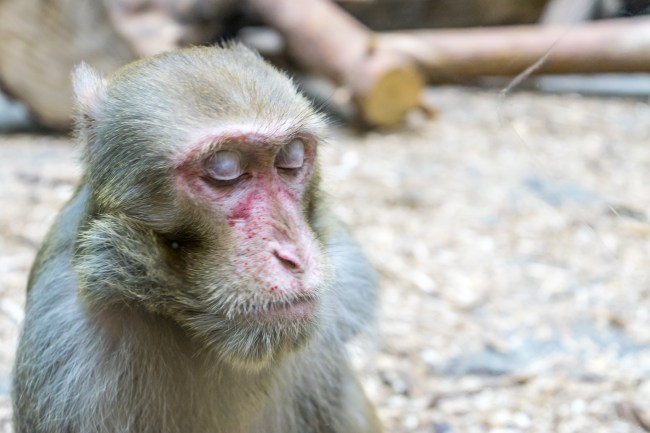 When I woke up this morning, I had no idea who this fella named Uncle Fatty was. But after reading about the obese monkey and his feared death, I have never felt closer to anyone or anything in my life. I guess you could say Uncle Fatty is my spirit animal.

For the unenlightened, Uncle Fatty was the name given to a long-tailed macaque who was put on a strict diet in 2017 by animal workers after his weight ballooned to 33 pounds, twice the average for his species. Uncle Fatty’s astronomical weight gain was largely due to his close proximity to a food market, where tourists took great pleasure in feeding his food addiction, and reduced the need for Fatty to forage and burn off cals.

Fatty was making great progress in the Tony Perkis system after being enrolled in a ‘fat camp’ in Thailand, shedding 8% of his body mass. Just two weeks ago, Wildlife Conservation Office vet Natanon Panpetch claimed Fatty was fit enough to be released into general population.

“His tummy no longer drags on the ground. He is in perfect health and ready to be released. He has grown accustomed to the natural foods,”

Now, as Daily Mail reports, Uncle Fatty is feared dead after he went missing from the camp. Camp staff began their search around the Khun Kala Monument, where he was a pack leader, but found no sign of Fatty.

Kavinaphat Mongkoltechachat, the president of the We Love Monkey Club, said: ‘Our staff always saw him sitting in front of the monument every time they came to feed the pack. But one day, he was just gone.

‘We thought that he was just sick and might have gone into a deep forest to heal himself. We decided to search there the following week but still couldn’t find him.’

Mongkoltechachat added that when monkeys know that they’re weak, they will isolate themselves to prohibit other monkeys from witnessing their slow demise.

‘He might have died of old age because Uncle Fatty has already lived beyond the age average. He also looked exhausted and didn’t want to eat much.’

#TRENDING A monkey from Bangkok named Uncle Fatty is going to fat camp to lose weight. He usually eats the food tourists give to him. pic.twitter.com/WewQC3Fu9i

Don’t cry because it’s over, smile because it happened…

Stuff your faces tonight, fellas. It’s what Uncle Fatty would have wanted.