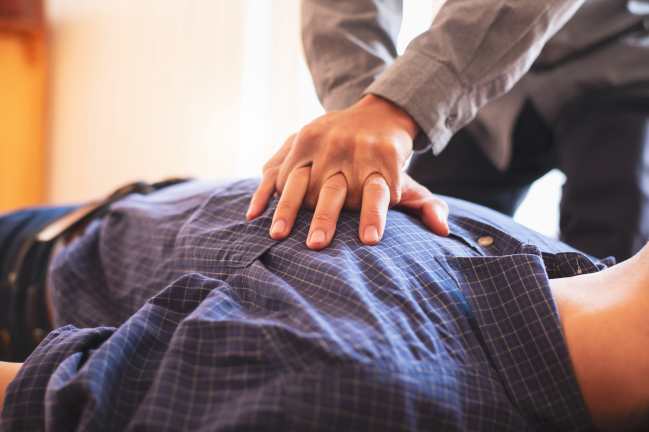 What do you think the going rate should be for attempting to save the life of a COVID-positive stranger by performing CPR on him for 45 minutes? What would it take for you to do that? $10,000? $50,000? According to United Airlines, the right remuneration stands at a whopping $200 TRAVEL VOUCHER:

The United passengers who risked their own health to give aid to a man who had COVID-19 have been compensated for the “inconvenience” … with vouchers barely worth a round trip anywhere.

Tony Aldapa — one of the passengers who performed CPR on the COVID-infected man for 45 minutes — tells TMZ, he got a call from a United rep Thursday thanking him for his assistance during the crisis, and letting him know a $200 electronic travel certificate would be emailed to him.

Tony says the rep didn’t mention anything about the man who died having the coronavirus, and the email from United simply says … “We apologize for the inconvenience you experienced on your recent trip.”

Steven Chang also assisted the ill passenger, and likewise … got a thank you call and a $200 voucher.

Look, we all know that the airlines have been hit hard. But in my opinion, it’s a better look if United doesn’t give this guy anything at all than to give him a $200 voucher. A TWO-HUNDRED DOLLAR TRAVEL VOUCHER? Even when a flight is oversold, nobody takes that offer. You wait until it’s at least $500, and even then, it’s only suckers who break ranks and agree to fly home tomorrow morning (if we just STUCK TOGETHER, we could get the offer up to $1500 CASH. I’ve seen it done.)

Maybe give him a ceremonial plaque or name a plane after him? An honorary pilot’s license, like an honorary degree that isn’t real but is still an honor somehow? At the very least, maybe waive his yearly fees for the United Mileage Plus credit card? All of these options would be a better look than a $200 travel voucher to the guy who just gave himself COVID trying to save a passenger’s life.

If you’re going with travel credit, it has to be free flights for two years, minimum. But even that’s a risky game. This is all about PR, folks. By offering any financial thank-you whatsoever, you immediately open yourself up for judgement. Better to give the guy a trophy and a standing ovation at the next board meeting. Try to call in a favor and get him the presidential medal of freedom maybe. Those seem to be going like hotcakes these days.

Last question: say you’re giving the guy CPR, and his wife starts yelling that he recently lost his sense of taste and smell—COVID’s most definitive calling card. Do you keep going? At that point, you might as well, right? You’ve broken the seal, so to speak.