Wait, This Old Urban Legend About A 17-Year-Old Who Built A Nuclear Reactor In His Backyard Is True? 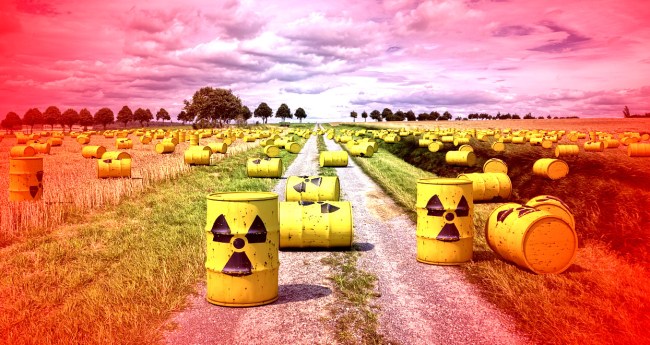 Urban legends are mostly just pure fiction that someone made up for whatever reason – usually to put fear into people. But sometimes, sometimes, they actually turn out to be… true?

For instance, just a couple of weeks ago we learned that an old urban legend about Disney World and dead people’s ashes was not only a real thing, it was far creepier than had ever expected.

But have you heard the one about a 17-year-old Eagle Scout who built a real-live nuclear reactor in his backyard? It’s true! The government even had to come in and do a Superfund cleanup… of his backyard! Seriously.

Back in 1991, a Boy Scout named David Hahn, age 14, earned his Atomic Energy merit badge, which apparently is a thing that actually exists.

Hahn, earned this merit badge thanks to his love of all things related to chemistry.

According to a story about Hahn, published in Harper’s Magazine back in 1998…

One summer at scout camp, David’s fellow campers blew a hole in the communal tent when they accidentally ignited the stockpile of powdered magnesium he had brought to make fireworks. Another year, David was expelled from camp when — while most of his friends were sneaking into the nearby Girl Scouts’ camp — he stole a number of smoke detectors to disassemble for parts he required for his experiments.

It was events like this, and the fact that his bedroom was wrecked by his experiments, his parents “prohibited David from being there alone, locking him out when they were away, even on quick errands, and setting a time for their return so that he could get back in.”

Yeah… that didn’t slow him down though.

One night as Ken [his dad] and Kathy [his stepmom] were sitting in the living room watching TV, the house was rocked by an explosion in the basement. There they found David lying semiconscious on the floor, his eyebrows smoking. Unaware that red phosphorus is pyrophoric, David had been pounding it with a screwdriver and ignited it. He was rushed to the hospital to have his eyes flushed, but even months later David had to make regular trips to an ophthalmologist to have pieces of the plastic phosphorus container plucked carefully from his eyes.

That incident put an end to his experimenting in the house, even in the basement where his experiments had been moved after destroying his bedroom. Which then led him to move his base of operations to his mom’s potting shed.

So how did a 17-year-old get the necessary materials to end up building a nuclear reactor? It wasn’t as hard as one might expect.

David wrote up to twenty letters a day, claiming to be a physics instructor at Chippewa Valley High School, and obtained “tons” of information from the DOE, the Nuclear Regulatory Commission (NRC), the American Nuclear Society, the Edison Electric Institute, and the Atomic Industrial Forum and other similar groups.

To obtain americium-241, David contacted smoke-detector companies and claimed that he needed a large number of the devices for a school project. One company agreed to sell him about a hundred broken detectors for a dollar apiece. (He also tried to “collect” detectors while at scout camp.) David wasn’t sure where the americium-241 was located, so he wrote to BRK Electronics in Aurora, Illinois. A customer-service representative named Beth Weber wrote back to say she’d be happy to help out with “your report.” She explained that each detector contains only a tiny amount of americium-241, which is sealed in a gold matrix “to make sure that corrosion does not break it down and release it.” Thanks to Weber’s tip, David extracted the americium components and then welded them together with a blowtorch.

When that didn’t work well enough, he decided to try thorium-232, which when bombarded with neutrons produces uranium-233.

David knew from his merit-badge pamphlet that the “mantle” used in commercial gas lanterns — the part that looks like a doll’s stocking and conducts the flame — is coated with a compound containing thorium-232. He bought thousands of lantern mantles from surplus stores and, using the blowtorch, reduced them into a pile of ash.

David still had to isolate the thorium-232 from the ash. Fortunately, he remembered reading in one of his dad’s chemistry books that lithium is prone to binding with oxygen—meaning, in this context, that it would rob thorium dioxide of its oxygen content and leave a cleaner form of thorium. David purchased $1,000 worth of lithium batteries and extracted the element by cutting the batteries in half with a pair of wire cutters. He placed the lithium and thorium dioxide together in a ball of aluminum foil and heated the ball with a Bunsen burner. Eureka! David’s method purified thorium to at least 9,000 times the level found in nature and 170 times the level that requires NRC licensing. 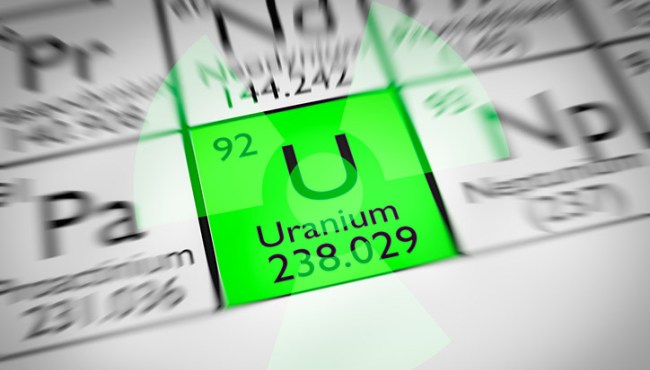 The, still not satisfied, he visited junkyards and antiques stores looking for radium-coated dashboard panels and clocks.

When he found a clock that had a vial of radium paint inside things got real weird.

To concentrate the radium, David secured a sample of barium sulfate from the X-ray ward at a local hospital (staff there handed over the substance because they remembered him from his merit-badge project) and heated it until it liquefied. After mixing the barium sulfate with the radium paint chips, he strained the brew through a coffee filter into a beaker that began to glow.

At this point, David was now officially putting himself and others in danger. But he wasn’t done there. Now is when he decided to make a model breeder reactor.

Consulting his list of commercially available radioactive sources, he discovered that tritium, a radioactive material used to boost the power of nuclear weapons, is found in glow-in-the-dark gun and bow sights, which David promptly bought from sporting-goods stores and mail-order catalogues. He removed the tritium contained in a waxy substance inside the sights, and then, using a variety of pseudonyms, returned the sights to the store or manufacturer for repair—each time collecting another tiny quantity of tritium. When he had enough, David smeared the waxy substance over the beryllium strip and targeted the gun at uranium powder. He carefully monitored the results with his Geiger counter over several weeks, and it appeared that the powder was growing more radioactive by the day.

Using the highly radioactive radium and americium he created the “core” for his reactor.

“It was radioactive as heck,” said Hahn. “The level of radiation after a few weeks was far greater than it was at the time of assembly. I know I transformed some radioactive materials. Even though there was no critical pile, I know that some of the reactions that go on in a breeder reactor went on to a minute extent.”

When his Geiger counter began picking up radiation five doors down from his mom’s house, he decided that he had “too much radioactive stuff in one place” and disassemble his reactor, storing its radioactive parts in in a shoebox, in the shed, and in the trunk of his Pontiac 6000.

Then one day when police were called to investigate a report that someone was stealing tires from a car in the neighborhood, they found Hahn in his car and decided to do a search.

When they opened the trunk they discovered a toolbox shut with a padlock and sealed with duct tape for good measure. The trunk also contained over fifty foil-wrapped cubes of mysterious gray powder, small disks and cylindrical metal objects, lantern mantles, mercury switches, a clock face, ores, fireworks, vacuum tubes, and assorted chemicals and acids. The police were especially alarmed by the toolbox, which David warned them was radioactive and which they feared was an atomic bomb.

When he admitted he had been conducting experiments in his mom’s backyard, EPA officials were called and noted “conditions at the site ‘present an imminent and substantial endangerment to public health or welfare or the environment.'”

Sadly, after this episode, Hahn’s life spiraled badly, as he fell into a depression, suffered with paranoid schizophrenia, and eventually passed away at the age of just 39 from alcohol poisoning, reports Snopes.com.

Hahan’s amazing story ended up being turned into a book titled The Radioactive Boy Scout.

And now you know.